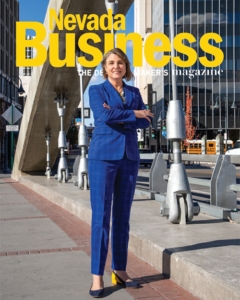 This page provides the latest feature content on the Nevada Tourism Industry from Nevada Business Magazine, plus additional resources.

Its robustness is evidenced by visitor spending, which has increased year-over-year since 2009. In calendar year 2018, the 56 million people who visited Nevada collectively spent $65.5 billion here, up from $63.7 billion the year before, according to the Nevada Department of Tourism & Cultural Affairs, part of TravelNevada (previously the Nevada Commission on Tourism or NCOT). TravelNevada drives revenue for the state through travel and tourism activities. Whereas visitor spending hasn’t recovered to preGreat Recession levels, it continues in that direction.

Something for Everyone: Tourism in Nevada: Nevada is still finding its place in the modern tourism world, but that isn’t hurting tourism numbers. [Read More]

Well Played: Tourism in Nevada Roaring Back: Tourism has played a vital role in the Nevada economy since Hoover Dam was new and Reno invented the quickie divorce. [Read More]

A Boon to Nevada’s Economy: Tourism Growth: A bright spot in Nevada’s economy, the tourism industry, has grown over the past few years and is a driving force behind Nevada’s comeback.  [Read More]

The official visitor website for the state of Nevada.