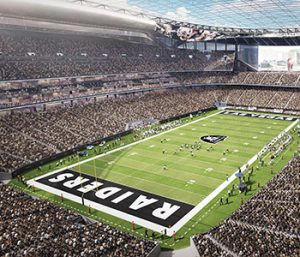 “Tourism has roared back after the recession and continues to be a vibrant and innovative force in moving Nevada’s economy forward,” said Claudia Vecchio, director of the Nevada Department of Tourism and Cultural Affairs. Statewide numbers for travel and tourism confirm her optimism. Overall travel spending in 2016 was $65.8 billion, compared to $64.4 billion the previous year. That includes direct spending on hotels and entertainment, as well as indirect spending on purchases like gasoline and shopping. More than 56 million tourists visited Nevada in 2016, an increase of 2.4 percent over 2015 numbers.

“Tourism is essential to the success of Southern Nevada. This industry generates more economic activity than any other single sector in the region, creating record-breaking visitation and an unmatched fiscal impact,” said Rossi Ralenkotter, President/CEO of the Las Vegas Convention and Visitors Authority (LVCVA). “In 2016, tourism generated an estimated $60 billion for the local economy and currently supports 407,000 jobs, representing 44 percent of the total workforce. Everyone in Southern Nevada benefits from the industry. Without tourism, every local household would pay approximately $2,700 more in taxes.”

In 2016, Las Vegas broke its visitation record for the third consecutive year, welcoming more than 42.9 million travelers. Spending sourced to these visitors increased by 16.3 percent, with the average person spending $827. Ralenkotter noted that international tourism has also seen significant growth. In 2016, approximately 19 percent of total visitation was international, up from 16 percent in 2015.

Conventions and trade shows play an important role in bringing visitors (and their money) to Southern Nevada. Las Vegas hosted nearly 22,000 meetings and conventions in 2016 and welcomed a record-breaking 6.3 million convention delegates, up 7.1 percent from 2015. Las Vegas hosts 57 of the 250 largest trade shows in the country, which is more than the next two destinations (Orlando and Chicago) combined.

Southern Nevada already hosts many world-class sporting events, including the National Finals Rodeo, which brings in 170,000 visitors each year in the traditionally slow month of December. NASCAR weekend, with approximately 112,000 attendees in 2017, generated $179.1 million in economic impact. Visitors flock to Las Vegas for boxing matches, martial arts exhibitions, golf tournaments, and just about any other sport that can be played or watched.

However, two big developments are slated to change the outlook for Southern Nevada sporting events, as well as for Nevada tourism. This October, the Vegas Golden Knights NHL team will begin its hockey season as the first major professional sports franchise to be based in Las Vegas. It will play its home games at T-Mobile Arena on the Las Vegas Strip, which can hold 17,368 for a hockey game. Generating even more buzz in Nevada and across the nation is the Oakland Raiders’ move to Las Vegas and the announcement that a $1.7 billion stadium will be built to host professional football games as well as other large-scale events.

“It has always been a question of when, not if, Las Vegas would become a major sports destination and community,” said Ralenkotter. “Las Vegas is already the top destination for high-profile sporting events, and NFL football is the next step in our evolution.” He noted that having professional sports teams expands Las Vegas’ “global reach and destination awareness” as fans throughout the world tune in to watch their teams play.

“While we cannot speculate on the economic impact bringing professional sports may have, securing these teams is a testament to the great successes we have had in hosting exciting sporting events throughout the years,” he added. “It can only widen the Las Vegas fan base total and pave the way for us to prepare for more major sports events in the future”

Jeremy Aguero, principal of Applied Analysis and lead staff member for the Las Vegas Stadium Authority Board, explained that the new stadium and a $100 million practice facility are slated for completion in time for the kickoff of the Raiders’ 2020 season. The stadium will host 10 NFL games per season, plus pre-season games, and UNLV football will use it for six or seven games each year as well. Having a large stadium will enable Las Vegas to host international soccer matches, concerts, college basketball games, NFL championship games, and other events that may draw huge crowds.

Aguero estimates the stadium will bring in 450,000 incremental visitors a year (people who would not otherwise come to Las Vegas). They may be Green Bay Packers fans wanting to attend an away game that’s “away” from the Green Bay weather, soccer fans from Europe following their team to an international friendly match or devotees of a particular music group playing at the stadium.

The stadium is expected to have an economic impact of $620 million a year, according to Aguero, which includes the operation of the stadium plus incrementals, such as local transportation and shopping. Spending from these extra visitors will generate more than $35 million a year in tax revenue for local governments and school districts.

“We have 115,000 hotel rooms and the second-busiest airport in the U.S. The only thing we’re missing is a large-scale, venue-like a stadium,” said Aguero. “This gives us the ability to leverage the assets we have to attract even more tourists to Southern Nevada.”

The new Vegas Knights hockey team is already sold out of full-season membership packages for all 44 games in its inaugural 2017-18 season. Kerry Bubolz, president of the Vegas Golden Knights, said, “People who moved to Southern Nevada from places like Chicago and the East Coast bring with them a lot of hockey knowledge and interest, which gives us a nice, built-in fan base. And people from the other 30 teams will be eager to go to away games when their team is playing in Las Vegas, especially in the winter months. Although we don’t yet have numbers on how much tourism revenue the team will generate, we know that fans will visit restaurants, bars, casinos and hotels before and after the games.”

The Vegas Golden Knights are putting the finishing touches on a $30 million, 146,000 square-foot practice facility in Summerlin, slated for completion in August. Besides serving as practice space for the Knights, it will host youth hockey tournaments and youth figure skating events. Bubolz expects these events to bring in 1,000 to 2,000 people a day from all over the Western region, adding to the tourism impact of the team.

“The Vegas Golden Knights and the Las Vegas Raiders are great news for all of Nevada. These sports teams will elevate our appeal and offer another compelling reason to come to Nevada,” said Vecchio.

“Reno, Sparks and all of Northern Nevada have climbed out of the recession and our tourism industry is healthy and vibrant,” reported Phil DeLong, president and CEO of the Reno-Sparks Convention and Visitors Authority (RSCVA). He said contributing factors include the improving U.S. economy, as well as growth in the local business community. Over the last five years, between 400 and 500 companies have come into the region including giants like Tesla, Switch and Google.

Over the last 18 months, air travel into Northern Nevada has increased more than 14 percent and DeLong said April 2017 was the best year ever in three important categories: taxable room revenues (up 8.8 percent year-over-year), cash room nights (up 1.4 percent) and average room rates (up 7.3 percent).

“Our special events are doing well,” added DeLong. “The Reno Air Races bring in about 110,000 visitors a year, Burning Man brings in 70,000 and the Reno Rodeo is the fourth-richest rodeo in the U.S. Hot August Nights and Street Vibrations bring in tourists from all over. Northern Nevada is on a roll.”

“Reinvention is the core of the tourism industry,” said Vecchio. “You have to look at what’s working and how travelers, both domestic and international, are changing and then respond to those changing needs. Nevada does a better job of reinventing itself than any other state. We’re seeing growth in rural Nevada tourism because of the way we’re marketing the state.”

Vecchio said Nevada is starting to carve out a unique selling proposition with its “Don’t Fence Me In” campaign, which especially resonates with millennials, who like to push the envelope when it comes to outdoor adventures.

“Millennial travelers are adventurers,” she said. “They want to take out the ATVs, go hiking off the beaten trails, try land sailing or sand-boarding.”

International travelers are lured by Nevada’s wide open spaces and a chance to visit the authentic American West with cowboys, rodeos and native American culture. Vecchio said a growing number of international visitors rent motorcycles and travel around the state, using Las Vegas and Reno as hubs for their outdoor adventures.

In 2016, the state provided $1.65 million in matching grants for rural marketing efforts – everything from press events to websites and brochures to media advertising. Yerington’s annual Night in the Country event, an early grant recipient, now draws nearly 30,000 people every year to the country music festival. Seed money from the state helped Elko’s National Cowboy Poetry Gathering grow into an international phenomenon.

“Las Vegas has been the No. 1 trade show destination for 23 consecutive years, and we intend to do everything we can to maintain that ranking,” said LVCVA’s Ralenkotter. “Our current clients represent $27 billion of future business and nearly 18 million attendees through 2030. We need to ensure we do not lose any of that business.”

In order to stay ahead of rival convention cities, LVCVA is proposing an ambitious $1.4 billion expansion and renovation project. The implosion of the Riviera Hotel began phase I of the project, and the site was re-paved into the new 26-acre Diamond Lot with parking and outdoor exhibition space. The Diamond Lot was used by Consumer Electronics Show (CES) and for outdoor exhibits for the first time this past spring. The $860 million project will add 1.4 million square feet to the current convention center, including 600,000 square feet of new exhibit space, additional meeting rooms and other amenities.

“The expansion is projected to have a potential incremental economic impact of nearly $810 million per year and $2.1 billion of expected construction-related economic impact,” said Ralenkotter. “In addition, it will generate more than one million incremental room nights annually and attract an estimated 610,000 new convention attendees per year.”

The outlook for travel and tourism in Nevada is bright. RSCVA’s DeLong said, “If we reach $337.75 million in taxable room revenues at the end of this fiscal year, that would be the highest total ever achieved in a year. And, we’re actually forecasting $361 million.”

Ralenkotter predicts that Las Vegas will break the 43 million visitor mark in 2017. “With the influx in unique resort amenities, shopping, spa, entertainment, culinary offerings, the Las Vegas Golden Knights, special events and more, Las Vegas strives to remain on the top of travelers’ lists for years to come,” he said.

“I expect the desire for travel to continue to boom for many years to come,” added Vecchio. “The generation we’re all trying to attract, the millennials, see travel as a normal part of life, not just something you plan for once a year, so I expect tourism in Nevada to experience a pretty hefty growth rate going forward.”