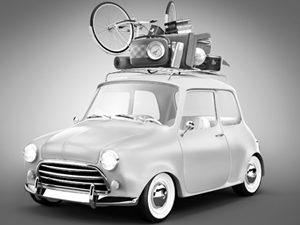 Nevada’s tourism industry, like several other industries in the state, has experienced a recent uptick in business. For example, just last month, the Reno-Sparks Convention and Visitors Authority (RSCVA) beat out Tampa, Phoenix and San Juan, Puerto Rico, to book the rare 18,000-room American Legion national convention for 2020. Additionally, developers began work on Resorts World, a new $4-billion, Chinese-themed resort on the Las Vegas Strip. In April, initiation took place for the first 15-mile piece of infrastructure for the I-11 corridor between Las Vegas and Phoenix. These are only three signs among many that Nevada’s tourism industry is healthy and growing.

“I would call it evolving,” said Claudia Vecchio, director of the department of tourism and cultural affairs, which is part of TravelNevada. Formerly known as the Nevada Commission on Tourism or NCOT, the state’s division of tourism drives revenue for the Silver State through travel and tourism activities.

The number of international business and leisure travelers to Nevada is increasing, and more are visiting individually rather than in large groups, Vecchio said. Recently, travelers have also seeked to experience the authentic historical and cultural Nevada, including the rural cities and their sights. These trends have led to the tourism department increasing its focus on and analysis of this segment. This focus has included how to market to the demographic, how to position the state and what attractions and amenities should be made available to them. Resorts World, for instance, slated for a mid-2018 opening, will cater to Asian travelers.

This year millennials will outnumber baby boomers and the state’s tourism agencies are giving the younger group more attention than before as a target for marketing and attractions. The Hard Rock Hotel & Casino in South Lake Tahoe, which opened this year, is one resort that caters to this group. Millennials tend to enjoy adventure and outdoor activities, including alternative or extreme sports.

Most segments of the Silver State’s tourism industry are evolving and flourishing, Vecchio said. The ongoing addition of new recreational opportunities, such as Heavenly Mountain Resort’s summer activities bolsters what’s available to visitors year-round. Newer offerings, such as The Mob Museum, The Neon Museum and vintage Las Vegas in the South along with the Blue Jeans Jam (in celebration of the invention of riveted blue jeans by Reno’s Jacob Davis) and planned Stewart Indian School and Trail in the North, are boosting the cultural/historic travel segment, which centers on Nevada’s past. Reno, in particular, is seeing a rise in the number of regional sports tournaments for junior high and high schools and colleges held in town. With the RSCVA and Las Vegas Convention and Visitors Authority (LVCVA) so focused on the business traveler, the number of these visitors also is increasing.

In comparison, gaming is decreasing statewide, yet remains strong in certain regions. Nevada’s gaming win dropped 2.12 percent between the 2013-2014 and 2014-2015 fiscal years, from $8.5 to $8.3 billion, according to the Nevada Gaming Control Board. However, it remains higher than that of pre-recession 2007-2008 when it was $7.5 billion. While Washoe County’s gaming revenue today is lower than in 2007-2008, Clark and Elko counties’ wins are higher.

Current projects for the state’s tourism department include improving Nevada’s rest stops, unveiling new creative for the next phase of its campaign brand launched in 2011 and promoting in-state travel with its Discover Your Nevada campaign.

Las Vegas tourism has recovered and keeps growing, said Rossi Ralenkotter, president/CEO of the LVCVA, the official destination marketing organization of Southern Nevada. In 2014, the region attracted a record 41.1 million visitors, which surpassed the previous high in 2007 of 39.2 million, LVCVA data revealed.

Over the years, Las Vegas has evolved into an international resort and convention destination with more than just gaming available to visitors. Numerous recreational opportunities is one component, one which today’s travelers, particularly the younger generation and international guests, are interested in greatly, Ralenkotter said. Therefore, Boulder City’s mountain biking park, rock climbing and hiking at Red Rock State Park, kayaking at Lake Mead and skiing at Mt. Charleston, among numerous others, are popular.

One of Southern Nevada’s larger venues, the Las Vegas Motor Speedway (LVMS) is situated on about 1,500 acres and 15 miles north of the Strip. The Speedway’s facilities include 12 racing tracks, off-road racing venues, Go-Kart tracks and meeting spaces. Also available are three auto driving experiences—Richard Petty, Exotics Racing and Dream Racing, offered by companies that lease space from the LVMS.
“We have a full-service sales staff that goes out of its way to accommodate every wish that a client has,” said Chris Powell, the LVMS’ president and general manager.

Owned by publicly traded Speedway Motorsports Inc., the company also hosts NASCAR in the spring, an event which attracts about 300,000 people, and again in the fall for its Truck Series; the National Hot Rod Association for two national events, in April and October; and regional groups for drag racing.

Currently in Las Vegas, about $9 billion worth of projects are underway or in the planning stages, Ralenkotter said. For instance, MGM Resorts International and AEG live are collaborating on a $375 million, 20,000-seat, indoor arena set to open west of the Strip in the spring of 2016. New dining, shopping and entertainment options continue to debut regularly.

More than 41.5 million people are expected to visit Las Vegas in 2015, which would mean another record year, Ralenkotter said.

“We are projecting that we will continue to see growth this year and next,” he added.

Tourism in Reno-Sparks is healthy and improving, but isn’t quite back to its pre-recession levels. Estimated visitor counts to Washoe County in 2014 were 4.6 million, a decrease from those in 2013 at 4.7 million, RSCVA data showed. Also, the latest number is lower than pre-recession 2007’s 5.1 million.

In Reno-Sparks, tourism is coming back strong now, said Christopher Baum, president/CEO of the RSCVA, a marketing organization for Washoe County to promote convention and tourism business. “We’ve had a dramatic increase across all market segments in the last six months. The RSCVA is more than a half a million dollars up, over fiscal year, than forecast due to improvement in the industry.”

Nevada’s North Lake Tahoe region has remained vital, having had four record years in the last six, said Andy Chapman, president and CEO of the Incline Village Crystal Bay Visitors Bureau (IVCBVB), the public organization responsible for destination marketing for the Nevada side of Lake Tahoe’s North Shore. He attributes it in large part to the sizable, nearby drive market—the Bay Area and surrounding regions.

“We have done very well,” he added. “That’s even with this drought that’s going on.”

In Reno-Sparks, the smaller business traveler segment of the industry is burgeoning quickly due to the stream of high-tech companies moving to the area. Revenue for non-gaming hotels has been up between 20 and 35 percent each month year over year since September 2014, which is offsetting the income loss due to minimal snowfall.

The leisure and meeting/convention travelers sectors are approaching pre-recession levels, and the average convention booking size has increased from 1,750 to 5,000.

The Northern Nevada tourism agencies are marketing the region as a four-season destination, with recreational opportunities playing a key role, particularly for leisure and business visitors. The array of offerings includes the gamut of outdoor sports from paddleboarding to snowshoeing, along with many attractions such as Virginia City, the Nevada Art Museum, the Aces baseball team and Lake Tahoe. Winter activities at Diamond Peak, Mt. Rose and other local ski resorts encompass the traditional—skiing, snowmobiling, snowboarding—and the unusual—snowskating, snow biking and snowcat tours.

These resorts host events and festivals such as Elvis Days when guests dress like “the King.” They continue to add activities for those who don’t ski or snowboard, such as evening wine or beer making, mountainside dinners and spa amenities. They keep expanding their existing offerings, such as adding early dawn patrol, late ski runs and twilight and moon tours. Refurbishing their facilities and upgrading their technology, particularly their snow making equipment, remain priorities, too.

As one component of its human-powered sports initiative, the IVCBVB is successfully increasing the number of sports races and competitions the region hosts, which include Ironman, USA Cycling Amateur Road National Championship and the Spartan World Championship, among many others. Further, it is marketing the health and wellness segment for people wanting to high-altitude train and those needing to rehabilitate and rejuvenate after a sports injury or medical condition.

With the new non-stop flights between Reno and New York City and Reno and Guadalajara, the RSCVA and IVCBVB plan to extend their marketing efforts geographically. Both agencies are also beginning to work on initiatives to target millennials.

Baum and Chapman both expect tourism in their areas to grow in the near future.

“The upside potential is terrific for Northern Nevada,” Baum said. “All the trends are moving in the right direction, and we’re very well positioned to take advantage of them.”

Enhancements and new attractions continue to come online. Currently, Elko is expanding its convention center, and its Annual Mining Expo is growing rapidly. New hotels are being built in Pahrump and Elko. The Southern Nevada Mountain Bike Association is working to build 100 trails in Beatty and turn it into a mountain biking mecca. Near Ely, the Great Basin National Park is popular, with its Lehman Caves, trails and events.

The near-term outlook for not only Nevada’s rural tourism, but the state’s travel industry as a whole, is positive.

“I think the rest of this year and for the next couple of years, we’ll see about a 1 to 3 percent increase in tourism,” Vecchio said.