The Junior League of Las Vegas 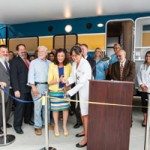 RSCVA Sees Year-Over-Year Growth The Reno-Sparks Convention and Visitors Authority (RSCVA) concluded the Fiscal Year 2013/2014 with 163,259 room nights of future business for Reno, Sparks and North Lake Tahoe. That number is a 49 percent increase from last year’s 110,000 room nights. According to the RSCVA, 63 percent of this year’s bookings are new business for the Reno … END_OF_DOCUMENT_TOKEN_TO_BE_REPLACED

Nevada Donor Network (NDN) saw its second consecutive record-breaking year in "all apsects" of organ donation, according to a recent statement. NDN received donations from 104 organ donors, 373 tissue donors and 632 cornea donors - totaling a 96% increase compared to 2011. “These significant increases are a testament to the heroism of our courageous donors and their … END_OF_DOCUMENT_TOKEN_TO_BE_REPLACED