Honoring Past Businesses, Recognizing Present Companies & Welcoming Industries of the Future Incorporated in 1953, Henderson, Nev. was born “in America’s defense” with the building of the Basic Magnesium Plant in 1943 during World War II. The plant supplied the U.S. War Department with magnesium for munitions and airplane parts that would eventually help the United States … END_OF_DOCUMENT_TOKEN_TO_BE_REPLACED 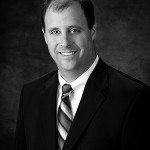 President & CEO Henderson What would you want your legacy to future generations to be? To be remembered as a business visionary who had the desire to assist others and help them succeed in their business ventures. To be known as the man who helped navigate the Southern Nevada community to a post-recession era through the use of chamber resources and programs. If … END_OF_DOCUMENT_TOKEN_TO_BE_REPLACED