You are here: Home / Press Release Wire / Dave Archer to Retire as CEO of NCET

Dave Archer, President and CEO of NCET, Nevada’s Center for Entrepreneurship and Technology, has announced his retirement, effective mid-2022. 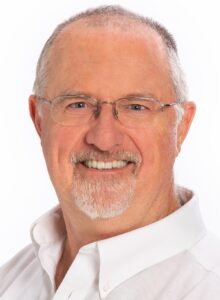 “I’m honored to have served NCET for 16 years and to have built NCET into a thriving organization that serves the evolving educational and networking needs of Northern Nevada’s business and technology community,” said Archer.

Archer joined NCET in 2006 as Executive Director and was promoted to President/CEO in 2011. During his tenure, NCET introduced a membership program and numerous new programs and events. Today, NCET has nearly 600 members and produces 36 events each year, attracting more than 3,300 attendees annually.

Those 16 years were not without challenges, however. ln June 2011, Congress eliminated earmarks that provided much of NCET’s funding, leaving NCET with a severe fiscal crisis. Archer agreed to work for just $1 per year so that NCET could continue its programs to help the business and technology community. He then developed a comprehensive plan to convert NCET’s Board of Directors from a 6-person supervisory board to a 30-person “working” board.  This board now performs many of the tasks previously performed by staff or vendors and to help secure donations of the many goods and services needed by NCET.

Then in 2020, when the COVID-19 pandemic prevented NCET from holding in-person meetings, Archer and NCET’s Board quickly pivoted and produced a year-long series of free weekly webinars to help Northern Nevada’s businesses understand and deal with the myriad of changes brought on by COVID.

“As our local business and technology community continues to grow and prosper, I’m confident that NCET will continue to develop innovative programs to meet their expanding needs, “ said Archer.

NCET’s Board of Directors has formed a committee with the goal of naming Archer’s successor by mid-2022. Interested candidates can find the job posting at www.ncet.org/ceo-job-posting

Created in 1999, NCET is a member-supported nonprofit organization that produces educational and networking events to help people explore business and technology. NCET’s award-winning programs include the annual NCET Small Business Expo and NCET Tech Showcase and Awards, the monthly Biz Bite and Special Event luncheons, and the Tech Wednesday and Biz Café events. As Northern Nevada’s largest educational and networking organization, NCET receives funding from memberships, sponsorships, and program revenues. The organization receives no state or federal funding. NCET is not affiliated with the State of Nevada or the University of Nevada. For more information, visit www.NCET.org.