You are here: Home / Features / Cover Story / The Drive: Automobiles in Nevada 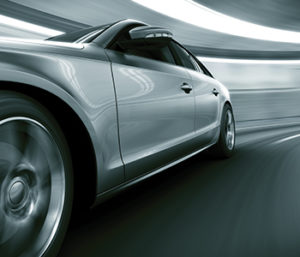 Automobile sales in Nevada are following the national trend of keeping steady after years of growth.

Following seven years of steady, and at times rapid, increases in sales, volume is beginning to flatline and the future is uncertain, according to multiple car dealership executives in Nevada.

In the previous eight years, new car sales had grown by an average of 5 percent but, at the current rate, growth is expected to be 1.8 percent over 2017, according to a Fortune report. A report from Cox Automotive, meanwhile, forecasted a drop in new car sales in 2018, from 17.1 million last year to 16.8 million this year.

“We’ve hit a plateau, but business is good and has been since the recession,” said Tyler Corder, CFO at Findlay Automotive. “From 2009-forward, we were having significant year-over-year increases, but since 2016, it’s plateaued a bit. It’s good, it’s not decreasing.”

Car sales are a cyclical piece of the economy, Corder said, but it appears the cycles have lengthened with how long consumers held on to cars during and immediately following the recession and more licensed drivers entering the population.

“Reno is doing well, they have a lot of economic growth going on there,” Corder said. “The [Reno and Las Vegas] markets are very similar, both growing and the economies seem to be strong.”

“This year has been about the same as last year, tracking a little less in volume,” Dolan Automotive CEO Ryan Dolan said in late August, adding he expected the month to finish big to add some meat to the year.

“[Last year] was probably our biggest year, so I don’t know if we’re just leveling off or preparing for a downturn.”

According to a January New York Times report, Dolan’s year was a bit of an outlier as the publication reported 2017 nationwide sales dropped 1.8 percent, similar to Cox Automotive’s statistics, but also noted the seven-year stretch of growth was the longest since the early days of auto sales. In 2009, fewer than 11 million new cars were sold.

Dolan said in the past few years sales have surged, following years of people keeping cars longer than they normally would have, so purchasing is out of necessity rather than desire.

While indicators are seemingly leaving executives relatively uncertain about the near future, Corder didn’t shy away from a potential slip in sales.

“I’d like to say no, but I wouldn’t be surprised to see a decline,” he said. “We’re a leading economic indicator and we’re hopeful. I’m okay with having a plateau; I don’t like big swings up and down. We’re at a good level with nothing on the immediate horizon.”

Dolan said all of the company’s brands rebounded well. He added that it is curious to see the trends from manufacturers, but those trends make sense based on sales, especially in Northern Nevada.

“Manufacturers are discontinuing autos and going with all-wheel drives and SUVs,” he said. “You see a lot of passenger cars going away. Especially with all the outdoor activities, the SUVs do very well here.”

Earlier this year it was announced Ford would discontinue most of the company’s car brands, except the Mustang and Focus hatchback.

According to Motor Intelligence, car models are down 10.8 percent year-to-date with large car sales down 64 percent. Luxury car sales are the only model up, at 0.7 percent.

Light-duty trucks meanwhile are up 9.8 percent with crossovers ticking up 18.2 percent and small SUVs up 27.9 percent.

Corder said most brands have been steady, including Toyota, Honda, Volkswagen and the company’s luxury brands. While Findlay doesn’t deal Nissan and Hyundai in Las Vegas, it does in other markets and Corder said those are the two brands in Findlay’s portfolio significantly down year-over-year.

Dolan said autonomous vehicles don’t pose too much of an immediate threat to the car industry as we know it today. For starters, fully autonomous vehicles are still years off, he believes, and even when they are available, they’ll be too expensive for a general consumer. Autonomous amenities, however, will assist drivers and make new cars more desirable, he said.

“It’s a buzz word, definitely a debate in the industry, but a buzz word,” he said. “It just adds to the continuous addition of safety features, like heads up displays, cruise control features, self-breaking, parallel parking assist, things that still need a driver.”

The new technology and safety features make upgrading a car more appealing to drivers who might have otherwise held onto their current car, Corder said.

“A lot of manufacturers do fairly significant reskins every three to five years,” he said. “But if you have a seven or eight year old car, you don’t have backup cameras, Bluetooth, auto breaking systems, all those fairly recent things, that just causes people to trade in a perfectly good car.”

Dealers are constantly working on an ever-changing demand from manufacturers to keep their dealerships on brand. Large franchise systems like Findlay juggle multiple construction projects at a time to ensure they’re hitting all the facility upgrade requirements to keep a brand.

Findlay recently completed a new renovation, with four more under construction including a Jaguar/Land Rover dealership on the southwest side of Las Vegas.

“There are facilities five or six years old and the manufacturer is looking for an image change or upgrade, so maybe they don’t require it now, but by 2022, they expect an image upgrade,” Corder said. “Rather than spend a tremendous amount renovating, sometimes we build new.”

Manufacturers still put plenty of pressure on dealerships to keep their facilities fancier and bigger, but dealers are turning their attention to the internet more. Hard numbers from the internet are hard to track, said Dolan.

“Quite honestly, 95 to 100 percent will probably start online and might not give us a lead or come through the website,” he said. “The internet touches almost 100 percent of sales. It’s become an everyday part of the industry and the staff reflects that, with 30-something people answering calls and internet leads.

“But we’re still in an industry that you need to come in for a purchase of this magnitude to see it, touch it, smell it, drive it.”

For Findlay, Corder estimates approximately 30 percent of sales begin with a consumer expressing interest on the website.

“We can’t track how many people shop before they walk in the door,” he said. “I imagine that’s well over 90 percent have done some research. It’s like anything now, you Google first.”

Elsewhere in internet technology, Corder paid some attention to the major increase in ridesharing, like Lyft and Uber, considering it might eventually harm the car buying industry.

“No significant impact yet,” he said.

There could also be a new way to purchase a car soon, Dolan said: subscription plans.

“We haven’t seen it here in Reno, but it’s been talked about throughout the country,” he said. “You pay for [a car] with a subscription and all-in-one insurance. You [pay] based on what you need.”

Dolan said he’s not too worried about the Tesla effect on the automobile industry, believing Tesla chairman and CEO Elon Musk to be more concerned about the larger battery industry.

“Tesla is Tesla, it depends on what month you read about them,” he said. “Elon just wanted to prove he could put his battery in a car to prove it was safe to use in other things, like homes.”

Tesla does have a major physical presence in the Reno area with the company’s Gigafactory battery site, which makes the Tesla Model 3 electric motors and batteries, as well as other energy products like the Powerwall and Powerpack. According to Tesla, the Gigafactory currently employs 6,500 people, with potential for 10,000, and could create between 20,000 and 30,000 auxiliary jobs in the area. Nevadans make up 91 percent of the Gigafactory workforce, according to Tesla.

As part of the agreement to locate the facility in Nevada, Tesla agreed to invest $37.5 million in K-12 education in the next five years, with the first $1.5 million investment announced this summer.

Tesla has one showroom in Nevada, in Las Vegas, and 14 Supercharger stations in the state. Tesla has created a stir in the automotive dealership industry with its company-owned showroom model, selling directly to consumers through its website rather than through franchised dealers.

Tesla doesn’t use traditional dealerships for a number of reasons, outlined by Tesla general counsel Todd Maron when he spoke to the Federal Trade Commission in 2016. The reasons largely center on consumer education and consumer customization and direct ordering.

Franchise dealers are strong opponents of Tesla’s showroom models as they have heavy capital investment in their dealerships, but Corder said cutting out the middleman results in consumers losing bargaining opportunities.

“Having multiple dealers provides competition,’ he said. “If GM was the only direct seller, rather than six or seven dealers, you wouldn’t have anyone to shop against.

“Tesla’s model is interesting, but it’s a really niche player and hasn’t had an impact.”

Dealership executives are also wary of the ongoing trade war between the United States and nations across the globe including China, Mexico and Canada.

“We’re keeping a close eye on tariffs,” Dolan said. “End of the day it ultimately affects all of us, raising the price. If tariffs go up too high, we’ll lose sales because people won’t be able to afford $2,000 more. That’s $20 to $40 a month, that’s the make or break point.”

Corder, like Dolan, said the tariff issue is the largest single unknown that could dramatically alter the industry currently.

“Even those cars built in the U.S. have large parts of non-U.S. parts, and imported cars,” he said. “It’s just uncertainty. We don’t know where it plays out. We think it’ll play out OK, it’s a lot of posturing. It’s just a little uncertainty in the market, but no impact yet.”

With such a lengthy recovery following the Great Recession, there are watchful eyes on the future, especially in a leading economic indicator like automotive sales. With an eye forward Dolan hopes Nevada has diversified itself economically to weather the next downturn better.

“I just hope that what we’ve done with our area, and the state as a whole, that if there is a downturn, Nevada is at the opposite end of last time it hit,” he said. “We were in the bottom four states last time, and I hope we are at a better place.”