You are here: Home / Departments / Face to Face / Movers & Shakers: Edward A. Vance 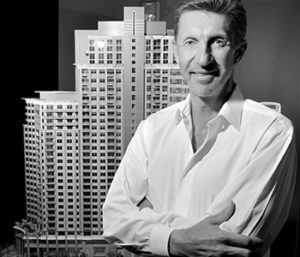 Type of Business: Architecture | Hails from: South Dakota | 11 years with company in Nevada | Based in: Las Vegas, NV

How did you first get into your profession?

I was born in South Dakota, and raised in Eveleth, Minnesota. I essentially grew up in the Great White North with my brother and two sisters enjoying 9 months of winter and 3 months of bad sledding each and every year.

What is the best moment of your career?

Being elected to the AIA College of Fellows. It was an incredible honor to be included in such an elite group of architects, and to be recognized by my peers nationally.

When you were a kid, what did you want to be?

I ran track and played basketball for Eveleth High School, but being an architect was my destiny!

What do you want your legacy to be?

What business advice would you give someone just starting in your industry?

What is a little-known fact about yourself?

When I was younger, living in Dallas, I joined a rock band playing the keyboard. We played in the finest dive locations throughout “Deep Ellum” for two years and eventually made a music video and submitted it to MTV’s competition show, “Basement Tapes.” They never called us back.

What is your pet Peeve?

If you could be any fictional character, who would you be?

Sherlock Holmes – because of his amazing sharp mind!

What do you wish you would have learned at the beginning of your career?

I wished I had learned early on to be more concerned about my character than my reputation.

What is your motto?

What is your favorite thing about living in Nevada?

After living in Nevada for three decades, it’s a lot like “Cheers,” everybody knows your name. It’s home.