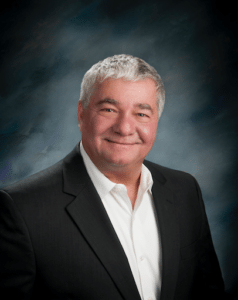 “When I first announced I was running for office several years ago, I ran on the foundation of serving others with professionalism, integrity, and compassion. I held true to my word and work toward a better tomorrow for our citizens and businesses,” said Mitchell. “It takes a uniquely qualified individual with the right combination of experience, training, and commitment to serve the Henderson community.”

The Constable is an elected position that serves a four-year term and is one of the oldest law enforcement agencies in the state of Nevada. Empowered with the authority of a peace officer by state law, the Constable serves a vital role in the legal process by executing the orders of the court in civil and criminal matters, small claims, evictions, as well as providing a variety of legal functions.

Mitchell has been a Nevadan since 1975, and served more than 20 years in the Navy and Navy Reserve and also dedicated 22 years of his life to serving as a Henderson police officer. Affiliations and memberships include the American Legion, Post 40, The Fraternal Order of Police, Lodge 3, Nevada Sheriffs and Chiefs Association, and the Henderson Chamber of Commerce.

“I am pleased and honored to announce my re-election for Henderson Constable. During my term as constable for the last 23 years, I have gained a thorough understanding and commitment
to provide the citizens of Henderson with a Constable’s office that is efficient, fair, and fiscally responsible.”