You are here: Home / Press Release Wire / NCJFCJ Elects Judge Egan Walker to Officer of the Board of Directors 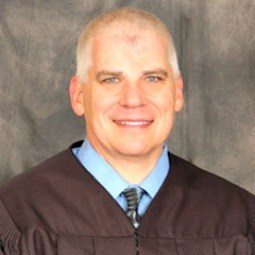 (Reno, Nev.) – The Honorable Egan Walker of the Second Judicial District Court, Family Division, Washoe County, has been elected to the National Council of Juvenile and Family Court Judges (NCJFCJ) as secretary of the board of directors. He has served on the NCJFCJ board for two years.

“It is a great honor to be elected as secretary of the NCJFCJ by my peers,” said Judge Walker. “I am very proud to continue my service to an organization committed to the well being of our nation’s children and families. I look forward to providing the NCJFCJ with great leadership and support to the rest of our members, while representing the Nevada judiciary at a national level.”

“Judge Walker’s well-deserved election is national recognition of his dedication to the advancement of the law and his years of public service to the children and families of our community,” said Chief Judge Patrick Flanagan, Second Judicial District Court, Washoe County.

Judge Walker was appointed to the Second Judicial District Court by Governor Brian Sandoval to serve as the presiding judge in Department 2 on March 10, 2011 and then elected to the remaining term, unopposed, in 2012.

Prior to his appointment and election, Judge Walker worked as a family court master, a position he held from January 3, 2009 until his appointment by Governor Sandoval to the District Court bench. As a court master, Judge Walker streamlined child support dockets to increase both the volume of cases heard in court and the total number of cases resolved, without a court hearing.

From 1992 until March of 2000, Judge Walker worked as a deputy district attorney in both Carson City and Washoe County. He was responsible for prosecuting all varieties of criminal misconduct, including nine first-degree murder trials and more than twenty trials involving allegations of sexual misconduct and/or child abuse. He was a member of the Washoe County District Attorney’s Office Major Violators Unit and served on the Washoe County Child Death Review Team.

Prior to working as a judicial officer, Judge Walker was in private practice, focusing on litigation including family law matters. As an example of the breadth of his practice, Judge Walker was one of the principal attorneys who represented the family of Charla Mack, a crime victim murdered by her husband during the parties’ divorce. Litigation involving Darren Mack’s misconduct crossed nine different cases in both state and federal courts.

Judge Walker attended the University of Pacific McGeorge School of Law, graduating in 1991. While attending law school, he worked as a registered nurse in the Cardiac Intensive Care Unit at the University of California, Davis Medical Center.

He graduated from the University of Nevada, Reno, Orvis School of Nursing in 1986 and worked as an RN in ICUs and CCUs in both Nevada and California before, during, and after law school.

From 1982 until 1990, Judge Walker was a member of the Army National Guard and Army Reserve, working as a medic, flight medic and nurse.

Along with his duties on the board of directors, Washoe County’s Second Judicial District Court, Family Division, is one of six Project ONE court sites, in which Judge Walker is the lead judge. The NCJFCJ’s Project ONE, named to signify a holistic approach to families through One Family/One Judge, No Wrong Door, and Equal and Coordinated Access to Justice, seeks to provide judges with guidance for supporting the needs of families and children no matter which jurisdictional “door” of the courthouse – family law, child welfare, family violence, juvenile justice, – that they enter.

“Judge Walker’s commitment to Nevada’s families, particularly children, is unmatched. I am sure he will bring this same level of focus and enthusiasm to the NCJFCJ Executive Board,” said Judge Bridget E. Robb, Second Judicial District Court, Family Division.