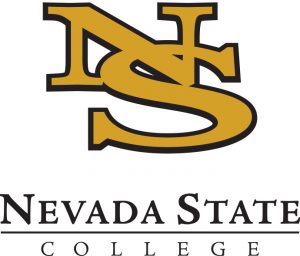 “Rowing is a pure sport. There is no offense or defense,” Andersen said. “You make the boat go as fast as you can and cherish your victories and learn from your defeats. It also is the ultimate team sport, requiring precision, discipline and dedication.”

Andersen’s first goals for the club are to create camaraderie among teammates through fun and building physical and mental toughness, then to instill school pride in the student-athletes and see that pride expand to all students.

“The ultimate goal, of course, is to make all that hard work and dedication pay off by winning races,” he said.

Andersen already has commitments from 18 athletes and is looking for a crew of 40. This is the Scorpions’ first foray into college athletics and is being entirely funded through private donations. The team practices five days a week, beginning at 6 a.m., training both at Nevada State College’s on-campus fitness center and on Lake Las Vegas.

Andersen, a veteran coach from Marin Rowing in Larkspur, Calif. and Riversport in Oklahoma City, has coached numerous national champions and a handful of Olympic rowers. He has been instrumental in developing adult and youth rowing clubs at Lake Las Vegas.

“We’re fortunate to have someone with Jim’s experience to get our rowing program started on the right foot,” said Nevada State College President Bart Patterson.

“He is a gifted teacher and will instill in our athletes both the fundamentals and an appreciation of the sport while giving them the instruction they need to succeed. He has shown he has what it takes to transform fledgling programs into national powerhouses.”

About Nevada State College
Nevada State College, a four-year public institution, is a member of the Nevada System of Higher Education. NSC places a special emphasis on the advancement of a diverse and largely under-served student population. Located on a developing 500-acre campus in the foothills of Henderson, Nevada, the college was established in 2002 as a new tier in the state system between the research universities and the two-year colleges. In this role, the college emphasizes high-quality instruction, exemplary service, engaging learning experiences, and innovation as a means to more efficient, effective outcomes in all corners of the campus. Since 2002, Nevada State College has grown to offer more than 45 majors and minors, has received independent accreditation and has expanded its physical campus. Committed to fostering a personal learning environment, students are taught by faculty who serve as mentors and guides in classrooms with an average class size of only 28 students. Nevada State College serves approximately 3,700 students and has over 3,000 alumni, each representing a broad array of cultural and economic backgrounds. For more information, visit http://nsc.edu.