You are here: Home / Features / Cover Story / Homeland Security and Defense in the Silver State 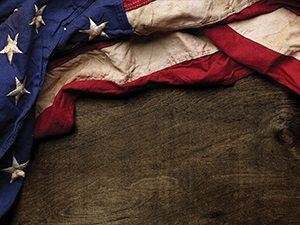 Regardless of what a grumpy traveler delayed by airport checkpoints may tell you, Homeland Security provides an important framework that ensures that key elements of Nevada’s economy continue to thrive.

During the first seven months of this year, approximately 11.5 million people came through security checkpoints on their way to board flights at McCarran International Airport, an increase of a half million travelers from the previous year. Meanwhile, the 981,000 travelers who came through security at Reno-Tahoe International Airport during that time represented a 21.4 percent increase from a year earlier.

It’s not just the 29 percent of domestic visitors to the Silver State who travel by air who rely on assurances of secure travel. Manufacturers and others involved in import and export trade pay growing attention to security — but they also want it handled expeditiously so air-cargo shipments aren’t delayed.

Some companies are finding revenue opportunities within the Homeland Security infrastructure, and others are racing to develop technologies for the next generations of security.

In fact, every company, great and small, that works in Nevada benefits from efforts to provide a safe and secure environment, said Caleb Cage, the Homeland Security advisor to Governor Brian Sandoval. Business owners and managers can focus on work rather than being constantly concerned about terrorism threats.

For most Nevadans, airport checkpoints remain the most visible manifestation of Homeland Security, and play a large role in keeping Nevada’s economy on track. “We want to ensure the safety of travelers. It’s a huge focus of the Nevada Homeland Security Commission,” said Cage.

While state law requires outreach efforts to keep the public informed about security risks, outreach in the tourism sector requires a careful balancing act of ensuring the safety of travelers without causing unnecessary alarm. “When visitors come here, we want them to know they are secure. And they should be able to enjoy their vacation, too,” said Cage.

The Reno airport is a good example of this balance. Visitors often comment about the Tahoe-inspired architecture and decor that stretches from the main entrance through the gateway areas, but are unaware of the 330 security cameras that keep a close eye on everything that’s happening inside the facility.

Tourism executives, particularly, have become aware of a myriad of unusual security issues that accompany some visitors to Nevada, and have learned to cope with them. A key element of the Reno-Tahoe tourism economy, for instance, is represented by the thousands of bowlers who arrive for events at the National Bowling Stadium. Many of them have cooked up homemade rubbing potions that they apply to their bowling balls to bring them luck and better scores.

The Transportation Security Administration (TSA) takes a dimmer view of those homemade potions and certainly doesn’t view them as lucky. The airport works closely with the organizations that sponsor bowling tournaments to get the word out and hopefully reduce the potential ire of bowlers. Burning Man, an annual festival held in Black Rock City, presents its own set of security challenges for the Reno airport. Each year, large trash bins appear outside the airport at the end of the Burning Man Festival, allowing travelers to deposit potentially troublesome items, no questions asked, before they reach security.

The continued national economic rebound, the strength of the domestic and global tourism sectors and the surge of meetings and convention business in Nevada all put pressure on the TSA to protect security personnel and move passengers efficiently through checkpoints at the state’s major airports.

It’s not just the air-travel business from Nevada airports that’s stretching TSA resources. Airport security checkpoints are getting busy across the country.

Because the hospitality industry in Nevada is so closely attuned to the creation of hassle-free vacations and business trips for the state’s guests, the potential inconvenience of longer security lines at airports will get quick attention.

Marily Mora, president and chief executive officer of the Reno-Tahoe Airport Authority, said the project dubbed by airport executives as “the checkpoint of the future” improved the experience of passengers who previously lined up at individual checkpoints in each of the airport’s concourses. The project also allows for the addition of new security-screening technology. The checkpoint is meeting its goal of improving the experience of passengers.

Meanwhile, the TSA is using everything from big data to big dogs to keep the checkpoint lines moving quickly. Big data comes into play with the expedited screening that TSA provides to some passengers who are flying on one of the 12 airlines that participate in the TSA Pre-check program.

The agency electronically analyzes the information that passengers provide when they reserve their flights and conducts a real-time assessment of their risk. Low-risk passengers are sent to an expedited checkpoint where they are allowed to leave on their shoes, belt and light outer jacket during the screening process. Some passengers keep their laptop in its case and keep allowable liquids or gels in a carry-on bag.

Other travelers, who don’t want to roll the dice on the big data-driven program ,can enroll at either Las Vegas or Reno’s TSA Trusted Traveler program that provides consistent use of the TSA Pre-check service.

For the more than 3 million overseas visitors who come to Nevada each year, the U.S. State Department’s Visa Waiver Program is reducing travelers’ hassles while ensuring security. Strongly supported by the U.S. Travel Association, the Visa Waiver Program allows visitors from 38 nations to enter the United States without a visa and stay for up to 90 days.

The travelers are required to complete some paperwork through the U.S. Department of Homeland Security before they leave home, and they’re required to buy a round-trip ticket on an approved airline. The Electronic System for Travel Authorization paperwork pre-screens foreign travelers against no-fly and terrorist databases.

The passenger-screening canines and their handlers walk as casually and unobtrusively as possible around passengers at checkpoints. The dogs are trained to detect explosives — still the biggest threat to aviation safety — in a busy airport environment and quickly pinpoint the source of an explosive odor.

If a canine doesn’t detect an explosive odor on McCarran passengers, they’re flagged into the Pre-check line.

For all the technologically based new programs, travelers nationwide began reporting longer wait times at security checkpoints late this summer. TSA Administrator Peter Neffenger recently acknowledged that the agency’s staff has been taking greater care in screening passengers, and added the agency always leans toward increased security as it balances the desires of travelers to get through security quickly.

The private sector also saw opportunities in those lines at security-checkpoints.

CLEAR, a New York City company, launched its advanced biometric identity system at McCarran International Airport late last year. The technology, certified by the Department of Homeland Security, allows CLEAR members to use their fingerprints and the iris of their eyes to verify their identify. The company, which charges $179 a year, says its members get through security checkpoints across the country in an average of less than five friction-free minutes.

The program has been a hit in Las Vegas, said Caryn Seidman-Becker, chief executive officer of CLEAR. “The response from the city, airport and scores of travelers who go through McCarran every day has been overwhelmingly positive,” she added.

The successful efforts to diversify Nevada’s economy — most notably, the ongoing work to strengthen the advanced manufacturing and logistics sectors — spotlights another important role that Homeland Security plays in the state.

As Nevada manufacturers and distributors enjoy growing demand for their products domestically and worldwide, the security of air cargo and the efficient screening of shipments becomes a growing concern for exporters, importers and domestic shippers.

Federal law requires screening of all air cargo before it’s transported, and the numbers are big at Nevada’s two primary airports.

To keep that freight moving smoothly, TSA in the past three years has been using what it calls an “ABCD” approach to intelligently look at potential risks. The four factors examined by the agency and the shipper include:

A) Appearance of the shipment, including signs of tampering, damage or stains.

B) Behavior, including nervousness, unusual questions or odd behavior, of individuals associated with the shipment.

C) Context of the shipment, as TSA staff make sure that the routing and the commodity make sense.

D) Documents such as air waybills as inspectors look for signs of forgery, odd special instructions, and also for any missing paperwork.

Cargo that doesn’t carry indications of risk is cleared, but if a shipment raises any signs of risk, inspectors set the cargo aside while they call the shipper or open a box to inspect the contents.

At the Reno airport, TSA-trained dogs accompany airport police in cargo areas to help identify risks and keep air shipments moving quickly. Cage described the TSA program as a cornerstone of the efforts of the Sandoval administration to attract international trade and encourage the growth of new and existing companies in Nevada. “Our mission is to ensure that Nevada is a safe place to do business,” he said.

Secure cargo moving efficiently will be particularly important this autumn, as the big distribution centers operated by companies such as Amazon meet an expectedly strong surge of holiday orders.

Homeland Security has directly spurred creation of new jobs in Nevada. Nevada Nanotech Systems Inc. of Sparks, for instance, was founded in 2004 to commercialize a unique sensor technology developed at the University of Nevada, Reno. Some of the small company’s early work was supported by the Department of Homeland Security, which was interested in the use of the technology in screening applications. The company now has widened its focus to include a range of industrial, manufacturing and healthcare applications in addition to uses in security.

Some companies have found more direct opportunities within the Homeland Security framework at Nevada’s commercial airports. For instance, the 60 Nevada-based employees of Leidos Holdings Inc., a Reston, VA company with offices in Las Vegas and Reno, handle the maintenance of TSA security systems.

Disposal of oversized liquids and other prohibited items confiscated from passengers at security checkpoints, meanwhile, is handled by the Nevada offices of Clean Harbors Inc., headquartered in Norwell, MA.

Cage added that Nevada’s Office of Homeland Security is working to coordinate its efforts with a wide range of private-sector organizations. Members of the Nevada Broadcasters Association, for example, have played an important role in public information about programs to reduce terrorism risk. The “See Something, Say Something” campaign has relied heavily on the help of local broadcasters.

Other industry groups have met with state and local emergency-management and homeland security officials in recent months to coordinate their efforts, Cage said. A growing portion of those meetings has been devoted to protection against the cyber-security threats faced by the private sector as well as government.

In fact, when state officials decided a few weeks ago how to invest $7 million in federal Homeland Security funds, they gave top priority to efforts to protect from cyber threats. Looking forward, this could potentially create new positions within the security and defense sector.

It’s clear that the issue of security is an important one for the state of Nevada both in creating jobs and, especially, in ensuring that the state remains an attractive and safe venue for tourists and residents. At the forefront, both private and public agencies are hard at work to help provide that safety while balancing the need for efficiency.