You are here: Home / Departments / Business First / Medical Marijuana in the Workplace 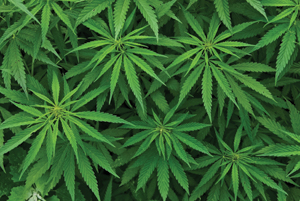 An issue with far-reaching effects for business owners and HR professionals, the advent of medical marijuana in the workplace has led to a host of questions on the subject. In an effort to answer some of those questions, a panel of experts recently convened to educate attendees on the topic. The breakfast was hosted by Nevada Business Magazine, Holland & Hart and LP Insurance Services.

Medical marijuana is federally categorized as a Schedule I substance, meaning there is no medical benefit for the use of that substance and it is not available other than for specific research purposes. However, each state has a different interpretation on the validity of the drug as medicine. NRS 453A outlines the provisions for the medical use of marijuana in the state of Nevada.

Referring to the statute, Pike said, “It provides protection for those carrying [a] medical marijuana card and using the drug within the scope of the law. It also clearly defines areas where they’re not protected by the law, which I think is just as important.”
However, the use of marijuana may lead to consequences in employer liability, workplace conflicts and workplace safety.

One significant issue is that hiring managers cannot ask applicants if they have a medical marijuana card. As with other controlled substances, this would be in violation of the Americans with Disabilities Act (ADA) due to the change in medical marijuana’s classification effective with NRS 453A.

“Under the ADA, you can ask medical questions after a certain point of employment. While the ADA does not protect the use of medical marijuana, it would protect someone regarding medical treatments,” Huntington explained.

So, while the ADA does not protect the use of medical marijuana, the underlying reasons to use medical marijuana is federally protected, depending on the condition for use. In which case, there is an obligation by the employer to make reasonable accommodations.

Rather than asking a potential employee whether or not they use medical marijuana, the appropriate question employers should be asking is can the employee, with or without accommodation, perform the essential functions of this job in a safe and effective manner?

Drug and alcohol testing after a conditional job offer is still recommended. However, when a test result comes back positive and the individual has a medical marijuana card the issue becomes more complicated.

“The reality is I can’t name any workplace that is drug-free,” Hall said. “If you look at the statistics, the last one I saw was something like 60 percent of adults over 25 has some sort of drug prescription. The key to this, in my mind, is to treat medical marijuana just like you treat any other prescription.”

Since employers and supervisors are unable to explicitly ask employees about medical marijuana usage, management decisions fall back on job performance. If an employee is unable to fulfill the responsibilities of the role, that is grounds for action, including termination, regardless of whether or not they use medical marijuana.

Hall reiterates that employers should be careful when firing to rely upon job performance. He said, “I don’t start down the path of implicating ADA or NRS for their protections. By saying, ‘maybe this was caused by a medical thing or a drug,’ you’re actually putting yourself into a line of fire because now there’s an argument it’s because of a protected conduct.”

Hall advises that if an employee exhibits signs of marijuana use and an employer suspects he or she does not have a medical marijuana card, a reasonable suspicion drug test may be implemented.

A medical review officer (MRO) steps in when there is a question on drug use and offers an authoritive third-party ruling on issues related to employment and drug use. So, while the employer cannot ask an employee about medicine or drug use, a MRO can. Questions a MRO may ask include: What medicines and/or drugs have been used and is there a medical explanation for what is showing up on the drug test?

“If there is [a medical explanation], then I report back to the employer that it’s a negative test and there’s no violation of medical information because I don’t report the medicine,” Dr. Vanderploeg explained. “Except under federal regulations, if the use of medication or the condition for which it is used poses a safety sensitive concern, I am required to notify the employer. Then the employer has to go back to deal with it.”

For those positions that are not under federal regulations, there is no single standard for what is going to be reported by MROs and what isn’t. And while every job has some level of safety sensitivity, there are vastly different levels. What qualifies under the statute are postions which may lead to a threat of harm or dangers to persons.

“You need to be talking with your testing organization and your MRO and what they’re going to report under which circumstances,” Hall said. “Part of that policy and decision making process for a lot of employers is going to require a medical release of information, or a HIPAA release, upfront where the employee is going to have to sign allowing certain information to come back.

“If the employer doesn’t have that as part of their process, they’re going to be handcuffing themselves because they’re going to be testing without allowing any way to get the information when there may be something you need. This is especially true if you have a safety sensitive position that’s not covered by Federal Aviation Administration (FAA) or the department of transportation. Employers need to be thinking this out.”

By building the MRO into the business practice, employers are protected from violating any protections. The MRO will also serve as a doctoral certification that an employee is or is not safe in the workplace while using a controlled substance. If the MRO says the employee is unsafe, the employer can terminate the employee as it is an undue burden and risk to retain that person.

Drug tests, whether urine, hair, blood or saliva, all test for the THC part of marijuana, or the part that is responsible for users “getting high”.

“On the medical side, it removes some inhibitors out of receptors in your brain to give you a euphoric feeling,” Pike said. “It can be used as medicine for certain types of situations: depression, post traumatic stress disorder, etc. There are geneticists in the field that are cloning plants so that the THC level is extremely low compared to the [other chemicals] to make it more focused to address the issue that scientists are trying to address.”

Unfortunately, drug testing for the presence of marijuana is inconclusive to provide evidence of impairment. There is no direct correlation between impairment and the nanogram levels reported in a drug test. A positive drug test for marijuana would only determine that the drug was recently used, and even that depends on the frequency of use.

“It doesn’t hang around that long. It’s repeated use over time that leads into weeks and sometimes months of positive tests for marijuana use. After a single use, you may be positive for two to five days,” said Dr. Vanderploeg. “You cannot make any determination based on whatever the nanogram level is. There is no scientific data that says a marijuana result of 5,000 nanograms compared to 500 or 50 indicates a difference in a decision.”

In the case of worker’s compensation, if an employee is able to produce their medical marijuana card following a positive drug test result for marijuana, the legal presumption that the substance caused the accident drops away. The burden of proof now falls on the employer to show evidence of impairment.

“That’s what we want to focus training our supervisors on,” said Hall. “What we want to let our supervisors know that, when an accident happens, after first aid and during the interview and investigation process they should be looking for signs of impairment and simply document it. They’re not the ones that are going to make the medical conclusion that it caused an impairment. We don’t want them doing that. What we want is, firsthand people looking for evidence of impairment and documenting it.”

While there are telltale signs of marijuana use, Huntington advises against coaching supervisors to focus on a checklist of symptoms. All kinds of impairment should be noted, not just as it relates to marijuana. Doing so could cause impairment by other substances to go unnoticed. Alternatively, filling out an actual checklist can serve as evidence against the employer for the claim.

“Common sense is going to prevail,” adds Pike. “We’ve talked about people coming in smelling like they’ve recently been using and there are certain physical characteristics that happen when people become impared using THC that you can pick up on, but each person has a different reaction to it.”

Another issue to consider, employers may face with complaints from other employees, such as opposing the smell of marijuana on a co-worker who smoked on a lunch break.

“It’s unclear from Nevada law whether you can prohibit use of medical marijuana during any point of work hours or just in the workplace,” said Huntington, though he believes there is a good argument that an employer can prohibit use during all work time, which includes the lunch hour.

If an employee is medically adverse to marijuana and, for example, claims an allergy to it, then an employer runs into competing interests. Dr. Vanderploeg recommended treating it as any other similar complaint, such as an allergy to certain perfumes, where the first step is to separate the individuals in the workplace.

Hall added that the employee with the complaint should obtain medical certification for the allergy. If the condition is not certified, an employer is not obligated to accommodate. Also, the obligation to accommodate does not come until the certification is verified.

There are a number of issues surrounding the introduction of medical marijuana into the workplace. Huntington professed that the problem is so new that much will depend on how doctors implement the program.

“There are only 6,000 cards in the whole state, so it’s really a handful,” said Senator Segerblom. “We anticipate we’ll have 50,000 a year from now. We’re also going to try and make it much simpler.”

Senator Segerblom predicted the medical marijuana industry will be a $10 million industry next year and will continue to grow serving as an economic boom to the Silver State.

As far as marijuana being federally approved as medicinal, Dr. Vanderploeg is skeptical.

“The difficulty we’re going to have as a nation moving medical marijuana from a Schedule I to a Schedule II or lower is that any new medicine coming into the market goes through years of clinical testing before it’s approved for sale,” he said. “We don’t have that history for marijuana as a medicine. That foundation does not yet exist and it’s going to take a number of years and carefully done research to get where marijuana is considered in the same fashion as Vicodin or other drugs.”