You are here: Home / Features / Building Nevada / Gaming: Betting on a Comeback 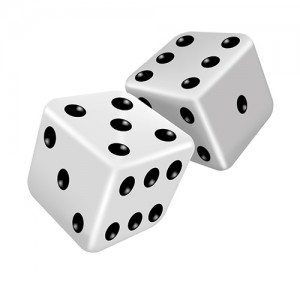 Nevada’s gaming industry today continues to recover, with some regions faring better than others.

State gaming revenue has been picking up slowly since it took about a $2.4 billion hit when the national economy headed south, data from the Nevada Gaming Commission show. Yet, it still has a way to go to reach its decade high.

The story of Southern Nevada’s gaming is similar—one of a big drop between 2007 and 2010, then a slow climb—but that of Northern Nevada’s isn’t. Washoe County’s gaming revenue has decreased annually since its past 10-year high in fiscal year 2005-2006.

Stable In The South

Gaming in Southern Nevada is stable but not thriving. Its revenue in Clark County has increased year over year since the start of fiscal year (July) 2010. For the fiscal year 2011-2012, it was $9.2 billion.

“The industry is improved over last year, and we are confident we will continue to see improvement,” said Rossi Ralenkotter, president and CEO of the Las Vegas Convention and Visitors Authority (LVCVA), the destination marketing organization of Las Vegas.

More people are visiting Southern Nevada and about 70 percent gamble, but they’re spending less on the activity than previously. The average gaming budget of those who played in Las Vegas in 2011 was $447.63, down from $555.64 in 2007, according to the LVCVA 2011 Visitor Profile.

“It’s really nothing more than a reflection of the broader instability in the economy,” says Jan Jones, executive vice president, communications and government relations, Caesars Entertainment Corp. “People aren’t sure what’s going to happen. Their gambling budgets are more conservative.”

Caesars Entertainment Corp. (formerly Harrah’s Entertainment Inc.) has fared well since 2007, purchasing Planet Hollywood Las Vegas in 2010, but its margins have declined about 10 percent since 2007, Jones said. The corporation owns or operates 12 Nevada casinos, nine in Las Vegas, one in Reno and two in Stateline.

“We’ve not only positioned ourselves where we can operate in an uncertain economy going forward to the far future, but we’re also developing an expansion pipeline,” Jones said.

South Point Hotel Casino & Spa, a single-owner (Michael Gaughan) property located off the Strip, also has done well since the recession, expanding every year since opening in 2005, but has been affected, says Tom Mikovits, director of marketing at South Point Hotel Casino & Spa, in Las Vegas. Its core business is locals who aren’t spending as much as they used to. The visitors it caters to tend to drive in from Southern California, but Native American gaming in that region has decreased that crowd.

“Michael has always believed that when times are tough, you loosen the purse strings, not tighten them,” Mikovits said. “He’s looking at the customer and what they want.”

The region faces a huge challenge in trying to turn the industry around in this depressed market, Jones said.

“How are you going to invest in infrastructure or even new entertainment amenities,” she asked. “It’s too difficult to get a return on those investments.”

About 60 percent of the lost gaming revenue is due to a combination of the weakened local, regional and national economies, Farahi said.

The other 40 percent can be attributed to the spread of Native American gaming in the area’s major feeder markets, including Northern California, Oregon and Washington, which accounts for about three-quarters of Northern Nevada’s gaming business.
“When like products became available, it was just more difficult to compete because it never had really evolved as a destination,” said Jones.

Unlike Las Vegas, which is an international destination, Washoe County is a regional one and hasn’t devised and worked a plan for growing different segments of the tourism market, Farahi said. Many believe this is, in part, due to past poor and revolving management at the Reno-Sparks Convention and Visitors Authority, the marketing organization promoting convention and tourism business in Washoe County.

In Northern Nevada, unfortunately, there has always been talk of what we need to do, but action has been lacking,” he added. “We’re hoping that the new [RSCVA] CEO Chris Baum and his team will be able to turn the corner and have a mid and long-term plan that they implement.”

Since the recession, there has been excess capacity in the number of rooms and gaming space, Farahi said. This has caused fierce competition among casino properties and, therefore, lowering of rates and even giving away rooms for free. Properties that were marginal at the outset have lost money. Two distinct classes of properties have emerged—those that have reinvested and improved and are capturing increasing market share and those that have and are not.

The parent company of the Atlantis Hotel Spa Casino has continued to reinvest in the resort since 2007, even completing a major expansion. Last month, the Atlantis received the Four Diamond award from the American Automobile Association, making it the third property in Northern Nevada with the honor. Having Four Diamond-rated properties in the region indicates to the traveling public they have the option of a fine resort to stay in should they visit.

“We feel that being the only Four Diamond property connected to the convention center is going to help the RSCVA attract more conventions to our destination and help us book meetings for the more discriminating or demanding traveler,” Farahi said.

Online gaming, in which money is transacted, is entering Nevada’s economic picture, with the first such offering slated to go live by year’s end.

“It’s here now, and it’s the future of gaming,” Mikovits said. “Nevada will hopefully set the blueprint for the rest of the country.”

Last year, the U.S. Department of Justice reversed its interpretation of the 1961 federal Wire Act, now saying it only applies to sports betting, not all online gaming. On the heels of that opinion, Gov. Brian Sandoval signed into law Assembly Bill 258, which mandated the Nevada Gaming Commission adopt by Jan. 1, 2012 regulations for Internet poker and its derivatives.

Per those initial rules, manufacturers and operators of interactive gaming systems must be licensed, along with service providers, who act on behalf of operators (i.e., software providers, gaming system developers and marketing firms).

Finally, certain interactive gaming systems and their components must be approved by the Nevada Gaming Commission.

Only Nevada residents and visitors while in the state can participate in Nevada’s online gaming offerings.

South Point, which also received approval for a manufacturing interactive gaming license, has developed, with a local entrepreneur, an online poker gaming system, which currently is undergoing mandatory testing.

“We think the next thing to get legalized is statewide sports betting.” Kosta said. “Bingo will be right up there. Then you’ll start to see the chance-based games.”

Experts disagree on whether the future of online gaming threatens the brick-and-mortar kind. Some consider it different and, therefore, complementary to what already exists.

“I do not see that you can get the same kind of entertainment value, excitement and amenities that you will find in a resort with what you can achieve on the Internet,” Farahi said.

Others believe it could have a negative impact.

“I’m somewhat concerned about Internet gaming,” said Caesars’ Jones. “If people have an option to gamble online, it could change the number of visits they make. I think that poses a real threat to our entire economic base, our job base.”

Clark County gaming revenue is on the rise. Will it continue?

It will, Jones said, once people feel more comfortable spending their discretionary cash.

“I think you’ll see Las Vegas and other family markets come right back,” she added. “People like to gamble as entertainment. I just don’t expect it in 2013 or 2014.”

The industry in Clark County could get back to its $10.7 billion high in 2006-2007, but right now, it will settle for consecutive-quarter growth in gaming revenue.

“That’s what we’re all looking for,” she added. “I think that we are very well positioned for the future.”

Northern Nevada, on the other hand, most likely already has seen the highest gaming revenue ($1 million) it will, said Chris Baum, president and CEO of the RSCVA.

“With gaming available in 48 states, we’ll never have an industry like we did in years past,” he added.

Farahi agreed, “the more realistic scenario is going to be that we have excess capacity, and frankly, some of the struggling marginal properties are going to go by the wayside. The stronger ones are going to do that much better.”

Since Baum joined the RSCVA earlier this year, the organization has been promoting Reno-Tahoe as a four-season destination resort that features gaming as opposed to a gaming destination.”

“That’s a rather large mental shift for people to make here because gaming has been so dominant for so many decades,” Baum said.
As for the online component, Mikovits said he thinks short- and long-term revenue are both in Internet gaming.

“We have to be forward thinking,” he said. “Nevada has to lead the national charge in online gaming.”