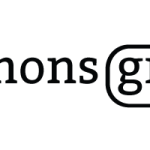 LAS VEGAS – Las Vegas-based Simmons Group recently hired local teen and Core Academy student Edwin Gonzalez as Accounting Assistant. Gonzalez is a member of the ROTC program at his high school and has been involved in Core Academy since fifth grade. Core Academy is an in- and out-of-school program that focuses on the development and empowerment of the under-resourced youth … END_OF_DOCUMENT_TOKEN_TO_BE_REPLACED 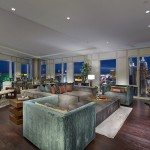 Las Vegas native Lisa Escobar's "Asian High Rise Condo" design at The Residences at Mandarin Oriental on the Las Vegas strip is a finalist in HGTV's "Fresh Faces of Design" competition in the "Big City Digs" category. Escobar, a designer and stylist who launched Lisa Escobar Design three years ago, worked with a number of Las Vegas-based stores, retailers and companies as … END_OF_DOCUMENT_TOKEN_TO_BE_REPLACED