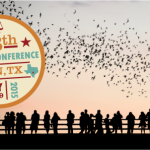 The National Council of Juvenile and Family Court Judges (NCJFCJ) 78th Annual Conference, Rethink, Reimagine and Redefine Justice for Children and Families will be held on July 26-29 at the new JW Marriott in Austin, Tex, the Live Music Capital of the World. This dynamic conference will host more than 400 judges and related professionals in juvenile and family law from across … END_OF_DOCUMENT_TOKEN_TO_BE_REPLACED 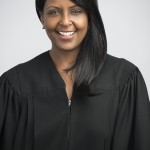 Judge Dumas is first recipient of the NCJFCJ Innovator of the Year Award The National Council of Juvenile and Family Court Judges (NCJFCJ) announces the first-ever recipient of the NCJFCJ Justice Innovation Awards Innovator of the Year to the Honorable Judge Lori A. Dumas, Philadelphia family court judge and presiding judge of the WRAP Court: Working to Restore Adolescents’ … END_OF_DOCUMENT_TOKEN_TO_BE_REPLACED