Women’s Chamber of Commerce of Nevada 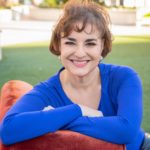 The Women’s Chamber of Commerce of Nevada named Ruth Furman, principal and owner of ImageWords Communications, as one of the top nominees for the International Women’s Leadership Athena Award. The Athena International Awards is the main annual award fundraiser for the nonprofit Women’s Chamber. The ceremony will run Sept. 27 at The Stirling Club, 2827 Paradise Road. The … END_OF_DOCUMENT_TOKEN_TO_BE_REPLACED 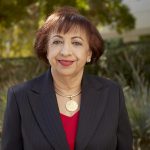 LAS VEGAS – The Dignity Health Board of Directors has appointed Rita Vaswani to the Dignity Health-St. Rose Dominican Community Board, serving a one-year term. Vaswani is vice president, professional banking relationship manager for Nevada State Bank and has more than two decades of banking experience. She also has a strong background in health care, and focuses on banking … END_OF_DOCUMENT_TOKEN_TO_BE_REPLACED

Reno's East Fourth Street will be transformed during the second annual Positively 4th Street Better Block Project event. Considered "the gateway" to downtown Reno, Fourth Street is home to several historical properties but is in need of upgrades and repair. Local businesses are looking to spruce up the area through landscaping, adding a two-way bicycle lane, re-striping … END_OF_DOCUMENT_TOKEN_TO_BE_REPLACED