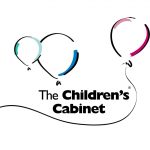 Jimmy Wayne brings inspiration through his story and music RENO – The Children’s Cabinet has reason to celebrate its longstanding work of keeping children safe and families together. The 18th annual Art of Childhood fundraising gala took place Friday, September 16th at the Nevada Governor’s Mansion. This year, guests kicked up their spurs to live country music by Jimmy … END_OF_DOCUMENT_TOKEN_TO_BE_REPLACED 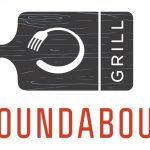 A familiar face and name in the Northern Nevada community have taken the helm at Whitney Peak Hotel’s new restaurant: Chef Colin and MaryBeth Smith of Roundabout Catering & Party Rentals, along with their team, have officially opened Roundabout Grill in downtown Reno’s only non-smoking, non-gaming luxury independent hotel. The new restaurant brand and menus were rolled out … END_OF_DOCUMENT_TOKEN_TO_BE_REPLACED

A bright spot in Nevada’s economy, the tourism industry, has grown over the past few years and is a driving force behind Nevada’s comeback. In fact, the industry has grown to the point that Elko outgrew its convention center and Las Vegas plans to expand its facility. This hospitality/leisure sector accounted for 28.1 percent of the state’s total employment at the end of … END_OF_DOCUMENT_TOKEN_TO_BE_REPLACED