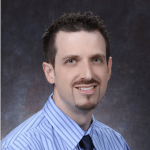 Dean Josh Hamilton leads the College of Southern Nevada’s Ralph & Betty Engelstad School of Health Sciences LAS VEGAS – The American Association of Nurse Practitioners has selected CSN’s Josh Hamilton as one of its 2017 fellows, in recognition of his contributions to advanced nursing, translational research and education. “It’s an incredible honor to join this … END_OF_DOCUMENT_TOKEN_TO_BE_REPLACED

LAS VEGAS – Nevada State Bank announced that Terry A. Shirey, who has serves as president and chief operating officer (COO) will be installed as a member of the Las Vegas Metro Chamber 2015 Board of Trustees, along with other leaders in the Las Vegas utility, communication, development, gaming, legal, medical professional service and retail industries. “Terry has provided … END_OF_DOCUMENT_TOKEN_TO_BE_REPLACED