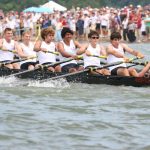 The first collegiate rowing competition in Nevada has been scheduled in March with the Lake Las Vegas Collegiate Invitational on the 320-acre private, man-made lake at the Lake Las Vegas residential, golf and resort master planned community in Henderson. The collegiate, club, high school and Olympic sport was introduced in the state last year with the formation of the Lake Las … END_OF_DOCUMENT_TOKEN_TO_BE_REPLACED

The economic downturn in 2007 left both residential and commercial developers and builders in the Silver State scrambling for work. Many were forced to downsize their staffs, and some even closed their doors. “Since 2008, the development business has been a fraction of what it was,” said Doug Kiersey, president of Dermody Properties, a Reno-based industrial … END_OF_DOCUMENT_TOKEN_TO_BE_REPLACED