University of Nevada School of Medicine 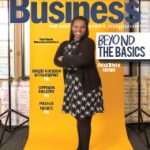 Education is critical to Nevada’s workforce, economy and lifestyle. But Nevada’s public education ranks at or near the bottom of national rankings, and only 30 percent of Nevadans hold post-secondary education degrees or certificates. In the K-12 system, rankings are created from more indicators than simply academic, according to Traci Davis, superintendent, Washoe … END_OF_DOCUMENT_TOKEN_TO_BE_REPLACED 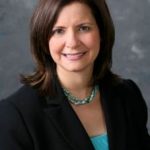 LAS VEGAS  - Carole Fisher, president and chief executive officer of Nathan Adelson Hospice, announced that Rosamari McNulty has been promoted to the position of vice president for Employee and Volunteer Solutions at the state’s largest non-profit hospice. McNulty has been with Nathan Adelson Hospice since 2009. Prior to her promotion, she was the senior director of Human … END_OF_DOCUMENT_TOKEN_TO_BE_REPLACED 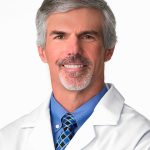 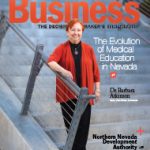 In November, the University of Nevada, Las Vegas (UNLV) School of Medicine began accepting applications and interviewing students who will start their medical school education in summer 2017. That sounds like good news – and it is – because of Nevada’s severe shortage of physicians. However, it’s only one step by Nevada healthcare professionals to help the state catch up. … END_OF_DOCUMENT_TOKEN_TO_BE_REPLACED 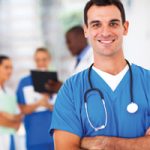 Stated right in the vision statement of Clark County Medical Society (CCMS) is the fact that the organization is as much an advocacy and education group for patients as for physicians and professionals working in the healthcare field. Chartered in 1955, CCMS is dedicated to advocating for physicians, patients and community health; to preserving the physician/patient … END_OF_DOCUMENT_TOKEN_TO_BE_REPLACED

Housing Prices Rise Across Nevada According to the Greater Las Vegas Association of Realtors’ (GLVAR) most recent report, the median price of single-family homes is up 7.3 percent from the same reporting period a year ago to $220,000 in Southern Nevada. Chase International Real Estate also recently released a report indicating that the median price of a home in the Reno/Sparks … END_OF_DOCUMENT_TOKEN_TO_BE_REPLACED

New Bill Will Allow Medical Professionals to Gain Licensing in 60 Days, Shortening the Wait for New Doctors to Practice in State Las Vegas/Reno – Through the Nevada Governor’s Office of Economic Development, Nevada’s commitment to economic diversification and job growth is resulting in a strengthened Nevada economy. Part of the effort to create jobs in the state is the … END_OF_DOCUMENT_TOKEN_TO_BE_REPLACED

Table 34 Las Vegas Executive Chef Wes Kendrick is one of more than 60 business and civic leaders from throughout southern Nevada who will be “arrested” and put “behind bars” for the Muscular Dystrophy Association’s Lock-Up fundraiser on Thursday, September 10. All Table 34 guests who donate $10 or more toward Chef Kendrick's bail prior to September 10 online or at the … END_OF_DOCUMENT_TOKEN_TO_BE_REPLACED 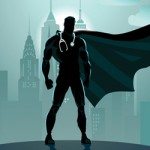 Here’s the bad news. When it comes to overall health, Nevada ranks in the lower half among all 50 states. That’s according to the 24th annual America’s Health Rankings from United Health Foundation. The report, the longest running of its kind in the country, placed Nevada No. 37 among all 50 states for overall heath, which is the same ranking the state received last year. … END_OF_DOCUMENT_TOKEN_TO_BE_REPLACED 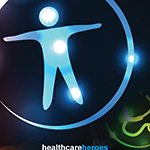 Projects Las Vegas, 89101 Government Las Vegas’ new City Hall has been chosen as the 2013 Public Works Project of the Year by the American Public Works Association. The eight-level, 308,000 SF building replaces the former City Hall that was constructed in 1971. The facility created office space for up to 570 staff members for the City of Las Vegas. The new structural design … END_OF_DOCUMENT_TOKEN_TO_BE_REPLACED

Nevada’s 2013 healthcare checkup reveals an industry under an unprecedented combination of pressures – little surprise there – but also one that is holding its own, moving quickly to adapt, gearing up to provide the best patient care possible, and looking confidently to the future. “Nevada’s healthcare industry is in a state of flux as a result of the changes occurring on a … END_OF_DOCUMENT_TOKEN_TO_BE_REPLACED 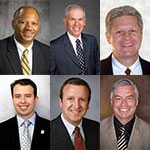 “Two words: community involvement.  Money alone is not enough to combat apathy.  We have dedicated teachers in our classrooms.  We also need dedicated parents and mentors to motivate our students.  When we all come together, amazing and transformative things happen.” Dwight D. Jones • Superintendent, Clark County School District “We must commit to three tasks to accomplish … END_OF_DOCUMENT_TOKEN_TO_BE_REPLACED

Healthcare Heroes began in 2006 as a way to help address the then critical shortage of healthcare educators in Nevada. Today, the event has become a statewide fixture in the hearts and minds of Nevada’s healthcare stakeholders. The program has a two-fold purpose that has remained unchanged in the seven years since the inaugural event. It’s a vehicle to donate scholarship funds … END_OF_DOCUMENT_TOKEN_TO_BE_REPLACED