The United States Supreme Court’s interest in intellectual property cases has waxed and waned over the decades. Under Chief Justice Roberts, however, the Court has shown a renewed willingness to take on such matters, and the Court’s recent decision in American Broadcasting Company, Inc. v. Aereo, Inc. (“ABC v. Aereo”), is just one example. Increasingly in these cases, the … END_OF_DOCUMENT_TOKEN_TO_BE_REPLACED 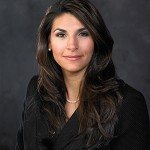 “I am not a crook.” In the wake of violations in the Watergate Scandal, the Federal Election Commission (FEC) was created in 1974 to oversee and enforce campaign finance regulations and the Federal Election Campaign Act was amended to limit campaign contributions.  Two years after the Watergate scandal, the US Supreme Court in the case of Buckley v. Valeo heard its first … END_OF_DOCUMENT_TOKEN_TO_BE_REPLACED