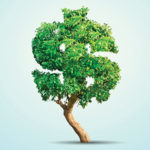 Even in an era filled with bright economic statistics, the mid-year report from the Credit Union League of Nevada stood out. The industry group reported that credit union deposits in Southern Nevada rose by 8 percent year-over-year while total loans were up 10 percent. In booming Northern Nevada, mid-year deposits rose 12 percent over year-earlier numbers and loans … END_OF_DOCUMENT_TOKEN_TO_BE_REPLACED 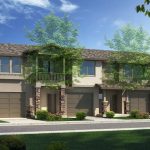 After finishing graduate school, Nevada resident, Adam Kramer, launched his own business, I Am America, which provided online video content for companies. Four years later, his wife landed an opportunity in Las Vegas, and the couple relocated to the city from Los Angeles. Kramer sold his business and found a job with the Las Vegas Chamber of Commerce as the director of its … END_OF_DOCUMENT_TOKEN_TO_BE_REPLACED