GOED International Receives STEP Grant The Nevada Governor’s Office of Economic Development (GOED) International Trade Division received a $250,000 State Trade Expansion Program (STEP) grant. This is the largest grant of its kind the organization has ever received. STEP is a federal trade and export initiative that makes matching-fund awards for states to assist small … END_OF_DOCUMENT_TOKEN_TO_BE_REPLACED

Southern Nevada home prices for January were unchanged from the previous month. That is according to the most recent statistics released by the Greater Las Vegas Association of REALTORS (GLVAR). The median home price for a single-family home sold was $185,000. That is over 23 percent higher than January of last year. “January is usually one of our slowest months for home … END_OF_DOCUMENT_TOKEN_TO_BE_REPLACED 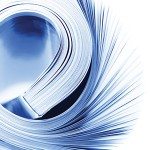 A year ago, Ed Brown said Nevada’s business financing picture in 2010 was the worst he’d seen in his 35 years of administering small business loans for the U.S. Small Business Administration (SBA), describing it as “a bad time” and “depressing.” Minimal loans of any kind were being made. Funds were being pieced together from various sources. Some groups had no money to … END_OF_DOCUMENT_TOKEN_TO_BE_REPLACED