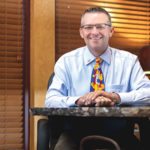 The construction workers who left Nevada during the darkest days of the recession are coming back. However, construction executives are beginning to worry — not a lot, but a little — whether the flow of workers will be enough to meet the needs of an industry that’s recovering quickly. Some executives, in fact, have said they’re already beginning to bump into tight … END_OF_DOCUMENT_TOKEN_TO_BE_REPLACED

Economists and industry analysts can, and will, argue over whether an economic recovery is as strong as numbers seem to indicate. However, they do agree the numbers show Nevada’s economy is on track to strengthen and add more jobs in 2015 because many of the impediments to faster growth have subsided. The unemployment rate has dropped to its lowest level in more than five … END_OF_DOCUMENT_TOKEN_TO_BE_REPLACED

It’s been a while now since the start of the nation’s recession that so harshly impacted Nevada. At its peak, in October 2010, the state’s unemployment rate hit 13.8 percent, and activity in numerous sectors dropped drastically. About two years ago, Governor Sandoval called for the creation of 50,000 Nevada jobs by the end of 2014. Numerous organizations—for economic … END_OF_DOCUMENT_TOKEN_TO_BE_REPLACED 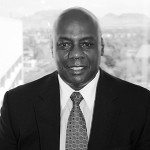 During these tough economic times, Nevada employers are coming up with inventive ideas to improve their business processes and bottom lines. One of those ways is by taking advantage of federal and state incentives offered when tapping into the talented pool of jobseekers who have disabilities. Nationwide, corporations are realizing the cost savings and other benefits to … END_OF_DOCUMENT_TOKEN_TO_BE_REPLACED