Southern Nevada The Las Vegas office sector reported positive net absorption for three consecutive quarters in 2014. By the end of the year, the office market vacancy rate was 23.6 percent. The latest vacancy rate is up 0.2 percentage points from the prior quarter, but it has declined 0.7 percentage points from a year ago. During the fourth quarter of 2014, One Summerlin … END_OF_DOCUMENT_TOKEN_TO_BE_REPLACED 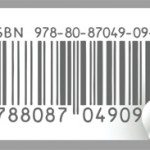 Southern Nevada During the third quarter of 2013, the Las Vegas retail market continued to witness increased demand, largely sourced to tenants occupying previously vacant anchor spaces. The overall vacancy rate fell to 9.6 percent during the quarter, representing a decline of 30 basis points (0.3 percentage points) from the prior quarter (Q2 2013). The rate is down 70 basis … END_OF_DOCUMENT_TOKEN_TO_BE_REPLACED