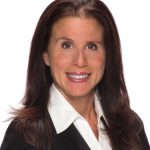 Reno, Nev. - United Way of Northern Nevada and the Sierra (UWNNS) has hired Theresa Holbrook as the organization’s finance and data administrator. In this role she is responsible for managing the donations including recording and allocating the donations properly as well as handling the organization’s accounts receivable. Holbrook was first hired by UWNNS in 2012 and has … END_OF_DOCUMENT_TOKEN_TO_BE_REPLACED