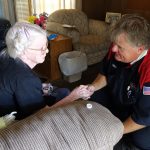 Jean Jackson is a spry 94-year-old Las Vegan who was relying on a two small, barely functioning window air conditioners to cool her one bedroom trailer during Nevada’s brutally hot summer. When they wore out and failed, she knew she was in trouble. Jackson’s original air conditioners were so old they couldn’t be replaced; they aren’t made anymore. What’s worse, Jackson’s … END_OF_DOCUMENT_TOKEN_TO_BE_REPLACED 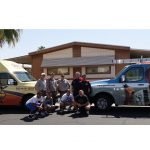 For most people, facing Las Vegas’ summer heat without air conditioning or running water is the stuff of nightmares. But for Jim Siler, a recently widowed man in his 70s, that nightmare was reality. Siler has been living in the Las Vegas Valley without working plumbing or air conditioning for several months. First, his air conditioning unit stopped functioning. Then a … END_OF_DOCUMENT_TOKEN_TO_BE_REPLACED