The Nevada Department of Transportation

Nevada Department of Transportation Receives Additional Federal Funding The Nevada Department of Transportation has announced $21.6 in additional federal highway spending authority. The funds have been made available for Nevada road projects through redistribution of Federal Highway Administration fiscal year-end funds. The additional monies will help fund projects throughout … END_OF_DOCUMENT_TOKEN_TO_BE_REPLACED

UNLV Releases White Paper on Fiscal Impact of Nevada Sales Tax In an effort to determine future impacts of a possible sales tax on services, the University of Nevada, Las Vegas has released a white paper, A General Sales Tax on Services in Nevada: Fiscal Impacts & Stability. The white paper found that the best-case scenario for potential revenues from a uniform tax of 2 … END_OF_DOCUMENT_TOKEN_TO_BE_REPLACED

Republic Services Opens Largest Residential Recycling Center in North America Republic Services, Inc. has recently opened a new residential recycling center that is both the largest and smartest of its kind. The center is capable of processing two million pounds of material per day or 70 tons per hour and is expected to double recycling capacity in Southern Nevada. The … END_OF_DOCUMENT_TOKEN_TO_BE_REPLACED

Cox Activates 500 Wi-Fi Hotspots in Las Vegas Cox Las Vegas has launched the first of 500 hotspots that have been installed around the Las Vegas Valley. The launch came on the heels of a ribbon-cutting for a Henderson Cox Solutions store. The Las Vegas hotspots are part of a 300,000 nationwide hotspot network being offered by the communications company through a collaboration … END_OF_DOCUMENT_TOKEN_TO_BE_REPLACED 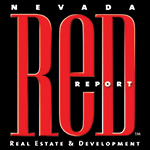