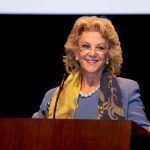 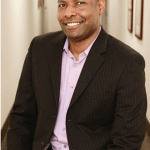 LAS VEGAS – The Las Vegas Global Economic Alliance announced that Terrence Thornton has been promoted to the position of vice president of Investor Services and Development. Previously, he served as director of Investor Services and Development. In this new role, Thornton will oversee all aspects of investor management, recruitment, prospecting and fundraising … END_OF_DOCUMENT_TOKEN_TO_BE_REPLACED 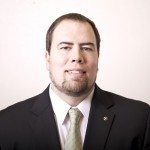 LAS VEGAS – The Las Vegas Global Economic Alliance welcomes to the team Michael Gordon, Ph.D., director of strategic initiatives and research. As part of LVGEA’s rapidly expanding staff and goal to achieve a research component within the organization, Dr. Gordon will be crucial to spearheading this initiative. “By welcoming Dr. Michael Gordon to our staff, LVGEA is now … END_OF_DOCUMENT_TOKEN_TO_BE_REPLACED

LAS VEGAS — The Las Vegas Global Economic Alliance welcomes businessman Frank Martin, co-founder of Martin-Harris Construction, to its board of directors. A native Nevadan, Martin moved to Las Vegas in 1961. Since then, he has played an active role in the community in order to help make Las Vegas a better place to live, work, and raise a family. “We are honored to accept … END_OF_DOCUMENT_TOKEN_TO_BE_REPLACED

Reno's East Fourth Street will be transformed during the second annual Positively 4th Street Better Block Project event. Considered "the gateway" to downtown Reno, Fourth Street is home to several historical properties but is in need of upgrades and repair. Local businesses are looking to spruce up the area through landscaping, adding a two-way bicycle lane, re-striping … END_OF_DOCUMENT_TOKEN_TO_BE_REPLACED