the Governor’s Office of Economic Development 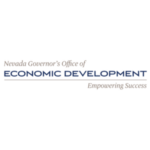 LAS VEGAS – The Governor’s Office of Economic Development (GOED) has been awarded $300,000 through the State Trade Export Promotion Grant (STEP) program administered by the U.S. Small Business Administration to help fund ongoing initiatives in the countries of the People’s Republic of China and Poland. Through this award, GOED will be hosting two seminars, one in the north and … END_OF_DOCUMENT_TOKEN_TO_BE_REPLACED