The Best Lawyers in America 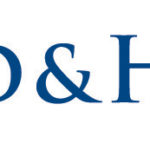 Holland & Hart is pleased to announce that 22 of the firm’s Nevada attorneys have been included in the 2019 Edition of The Best Lawyers in America. Additionally, one Nevada lawyer was named a 2019 Best Lawyers “Lawyer of the Year” in their practice area and market. Only a single lawyer in each practice area and designated market is honored with this … END_OF_DOCUMENT_TOKEN_TO_BE_REPLACED

LAS VEGAS – Two Solomon Dwiggins & Freer attorneys have been recognized by The Best Lawyers in America  as ”Lawyer of the Year” in their respective practice areas for 2017. Only one attorney in each metropolitan area earns the distinction. Mark Solomon, who often represents professional and private fiduciaries, beneficiaries, trustees, creditors and purchasers in complex … END_OF_DOCUMENT_TOKEN_TO_BE_REPLACED 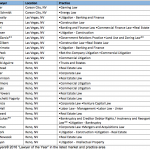 Twenty-seven Nevada-based Holland & Hart attorneys were recently selected by their peers for inclusion in The Best Lawyers in America 2016, one of the legal profession's oldest and most respected peer-review publications. Nevada attorneys Edward M. Garcia and Timothy A. Lukas were two of 20 Holland & Hart attorneys honored with the distinction of being named The Best … END_OF_DOCUMENT_TOKEN_TO_BE_REPLACED 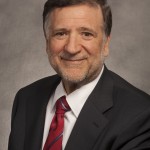 Downtown Summerlin Announces Upcoming Job Fair The Howard Hughes Corporation (NYSE: HHC) announced details for the highly-anticipated job fair for Downtown Summerlin. Job seekers will be able to learn about and apply for jobs in the Summerlin Ballroom at Red Rock Resort on Wednesday, August 27 from 11am – 7pm. [Read More...] Three Nonprofits Work Together to Help Homeless … END_OF_DOCUMENT_TOKEN_TO_BE_REPLACED