Texas Center for the Judiciary 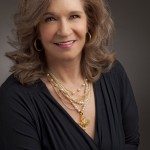 Mari Kay Bickett, chief executive officer for the National Council of Juvenile and Family Court Judges (NCJFCJ) has announced her plans for retirement. For the past five years, Bickett has led the national organization headquartered in Reno, Nev., which serves an estimated 30,000 professionals in the juvenile and family justice system across the country. Through providing … END_OF_DOCUMENT_TOKEN_TO_BE_REPLACED