HENDERSON – The Henderson Development Association (HDA), the economic development arm of the Henderson Chamber of Commerce, will host a presentation and mixer featuring “Oh, the Places You’ll Go!: A Panel Discussion on Distribution in Southern Nevada” moderated by Tina Quigley, general manager of the Regional Transportation Commission of Southern Nevada. The event will be from … END_OF_DOCUMENT_TOKEN_TO_BE_REPLACED

HENDERSON – The Henderson Chamber of Commerce and the City of Henderson’s Economic Development & Tourism department held Henderson’s 17th Annual Economic Development and Small Business Awards Thursday, Nov. 10, at the Green Valley Ranch Resort, Spa & Casino. The awards program recognizes businesses that have impacted the growth of the city in a variety of ways. The … END_OF_DOCUMENT_TOKEN_TO_BE_REPLACED

Nearly 100 exhibitors, 300 attendees expected at sixth annual event Oct. 9 HENDERSON – The Henderson Chamber of Commerce will host its sixth annual Henderson Business Connection Expo from 10 a.m. to 3 p.m. Friday, Oct. 9, at the Henderson Convention Center, located at 200 S. Water Street in the Water Street District. The event is free and open to the public. Presented by … END_OF_DOCUMENT_TOKEN_TO_BE_REPLACED 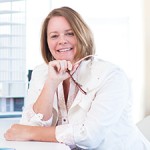 The construction industry is still rebuilding after the recession. One of the hardest hit industries, construction employment declined nationally by 13.7 percent during the downturn, according to the U.S. Bureau of Labor Statistics. “In Las Vegas, construction didn’t really slow down,” said Robert Finnegan, PE, Finnegan Erickson Associates (FEA). “It stopped.” That stopage … END_OF_DOCUMENT_TOKEN_TO_BE_REPLACED 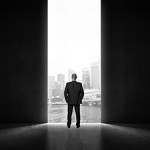 With the recession having reaffirmed Nevada’s “Battle Born” motto, this recovery has added a new twist on another name for this state, the Silver State. Company owners and executives are seeing the silver lining in a tough economy as businesses grow and are leaner and more efficient than ever. And, while hopeful of the sustainability of this growth, executives remain cautious, … END_OF_DOCUMENT_TOKEN_TO_BE_REPLACED 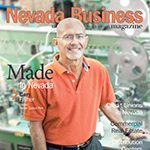 America and the world want what Nevada’s got – and not just what’s on the Strip. Exports traveling from Nevada to points north, south, east and west are growing healthily despite the lackadaisical economy. Bolstered by visionary entrepreneurs, a solid workforce, smart tax policies and a state government that mostly knows when to help and when to get out of the way, the world … END_OF_DOCUMENT_TOKEN_TO_BE_REPLACED