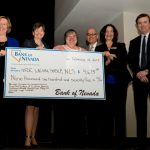 Four Southern Nevada nonprofit organizations providing legal services to those in need will share a $9,675 donation made by Bank of Nevada. The funds will allow the agencies to continue providing legal services within the community at no cost, or at a greatly reduced fee. The benefiting organizations include Nevada Foundation for Consumer Education, Legal Aid Center of … END_OF_DOCUMENT_TOKEN_TO_BE_REPLACED 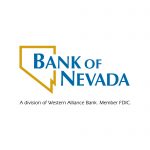 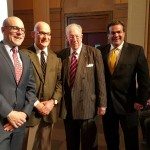 A total of $21,500 was raised for several nonprofit organizations which provide legal services to those who cannot afford it. Bank of Nevada, a division of Western Alliance Bank, sponsored the Continuing Legal Education (CLE) event “Entertaining Ethics” with keynote speaker Oscar Goodman, which allowed all registration funds to be split among four charities: Nevada … END_OF_DOCUMENT_TOKEN_TO_BE_REPLACED 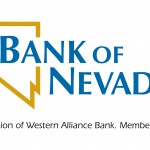 LAS VEGAS - Oscar B. Goodman will be the featured speaker at the Continuing Legal Education (CLE) event, “Entertaining Ethics,” on Tuesday, February 23, 2016. The seminar is being held at the Mob Museum in Downtown Las Vegas and will be moderated by the Honorable Rob Bare of the 8th Judicial District Court. The two-hour seminar, from 4:00 p.m. to 6:00 p.m., will lead into … END_OF_DOCUMENT_TOKEN_TO_BE_REPLACED 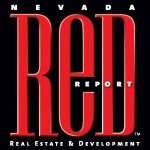