CARSON CITY, Nev. – Shaheen Beauchamp Builders has announced the completion of the Storey County Justice Court Facility in Virginia City. The court, which was previously located at the Historic Courthouse at 26 South B Street relocated approximately a half mile to its current location at 800 South C Street. “After a little bit of demolition, we were able to go in and do some … END_OF_DOCUMENT_TOKEN_TO_BE_REPLACED 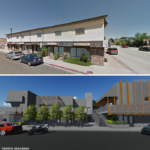 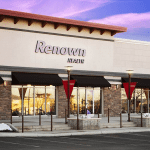 RENO – Renown Health is opening a new family practice clinic in the Summit Mall in early spring. The clinic covers three vacated storefronts, including those previously occupied by Jos. A Banks, which moved to a location near Meadowood Mall. Shaheen Beauchamp Builders LLC was the successful bidder for the project, and was chosen as general contractor, architecture and design … END_OF_DOCUMENT_TOKEN_TO_BE_REPLACED