LAS VEGAS – Golden Entertainment, Inc. (NASDAQ:GDEN) (“Golden” or the “Company”) announced that its Board of Directors declared a special cash dividend of an aggregate of approximately $23.5 million, payable on July 14, 2016 to eligible shareholders of record as of the close of business on June 30, 2016 (“Record Date”). The Company estimates that the special cash dividend … END_OF_DOCUMENT_TOKEN_TO_BE_REPLACED 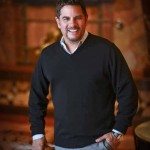 LAS VEGAS – Steve Arcana, executive vice president and chief operating officer for Golden Entertainment, Inc. (NASDAQ:GDEN), has been appointed to the ALS Association Nevada Chapter Board of Directors. Arcana will be spearheading local fundraising efforts for the organization, specifically reaching out to the hospitality industry to increase awareness of the local … END_OF_DOCUMENT_TOKEN_TO_BE_REPLACED

LAS VEGAS – Golden Entertainment, Inc. (NASDAQ:GDEN) (“Golden” or the “Company”) announced that it has sold its subordinated promissory note from the Jamul Indian Village (the “Note”), to San Diego Gaming Ventures, LLC, a subsidiary of Penn National Gaming, Inc. (the “Buyer”), for $24.0 million in cash. Under the terms of the January 2015 merger agreement between Lakes … END_OF_DOCUMENT_TOKEN_TO_BE_REPLACED 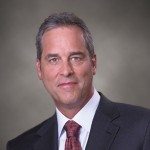