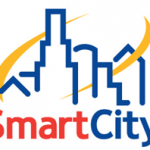 LAS VEGAS – When faced with the question of how to provide wireless network coverage for thousands of trade show visitors, vendors and seminar presenters, most vendors have only one answer: “Add more access points.” Smart City Networks takes a different approach. “There’s been a lot of buzz and misinformation in the digital infrastructure industry that when it comes to … END_OF_DOCUMENT_TOKEN_TO_BE_REPLACED

LAS VEGAS — Smart City Networks, the nation’s largest provider of event telecommunications and technology services for the convention industry, announced that the company has been awarded a new contract with the San Diego Convention Center Corporation (SDCCC), which manages, markets, and operates the San Diego Convention Center, following a competitive bid process. The 10-year … END_OF_DOCUMENT_TOKEN_TO_BE_REPLACED