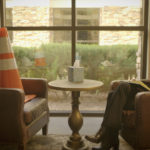 LAS VEGAS – Robertson+Partners Advertising (R+P) won top honors in several categories at the 2018 ADDY Awards, presented by the District 15 and Las Vegas chapters of the American Advertising Federation. The R+P team won a total of seven awards, including two Gold ADDY’s, one silver ADDY and one Judge’s Choice ADDY. The awards were presented on Saturday, March 24th, at the … END_OF_DOCUMENT_TOKEN_TO_BE_REPLACED