Nevada’s employment landscape has been a roller coaster over the past decade. Dipping during the recession, employment saw a resurgence a few years ago only to experience new lows during the pandemic. Today the industry is dealing with retraining a workforce for the future and fraudulent unemployment claims, among other issues. Recently, executives from the employment industry … END_OF_DOCUMENT_TOKEN_TO_BE_REPLACED 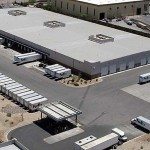 The Nevada unemployment rate is up slightly, but the overall economy remains improved over last year. The Nevada Department of Employment, Training and Rehabilitation (DETR) announced this morning that the state unemployment rose slightly to 9.7% in March.  This rise ended 20 months of the rate either declining or holding steady, said Bill Anderson, chief economist for DETR. … END_OF_DOCUMENT_TOKEN_TO_BE_REPLACED