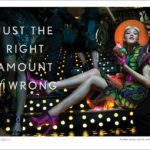 LAS VEGAS - B&P Advertising, Media and Public Relations won top honors in several categories at the 2018 ADDY Awards, presented by the Las Vegas chapter of the American Advertising Federation. The B&P creative team won a total of seven awards, including four Gold ADDYS and one Judge's Choice ADDY. The awards were presented on Saturday, March 24, at the World Market … END_OF_DOCUMENT_TOKEN_TO_BE_REPLACED 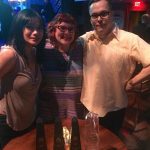 LAS VEGAS – The Las Vegas chapter of the American Advertising Federation recognized B&P Advertising, Media and Public Relations with top honors at its annual ADDY Awards event on Friday, March 17, at The Smith Center for the Performing Arts. “We are proud of our talented team and honored to be recognized by our peers in the industry,” B&P President Chuck Johnston … END_OF_DOCUMENT_TOKEN_TO_BE_REPLACED