Reno Tahoe’s Room Tax Collections set Record in 2021 According to Visit Reno Tahoe, which is a part of the Reno-Sparks Convention and Visitors Authority (RSCVA), last year’s total transient lodging and room tax came in over $420 million and was the most taxable room revenue ever recorded for a calendar year. In addition, three of the top four all-time revenue-producing … END_OF_DOCUMENT_TOKEN_TO_BE_REPLACED 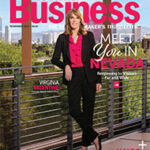 For the first time since the pandemic quarantine, Nevada’s visitor volume was more than 4 million in June, said Brenda Scolari, director, Nevada Tourism & Cultural Affairs, TravelNevada. “Even though that’s 16 percent below comparable in the same month in 2019, we have had visitation growth steadily improving month to month.” Visitor numbers reflect tourism trends … END_OF_DOCUMENT_TOKEN_TO_BE_REPLACED

CIS Reports Graduation Rate for Case-Managed Students Communities in Schools (CIS) has reported a 90 percent graduation rate for the 2019-2020 school year for students the organization case manages. The statewide average graduation rate is 84 percent. CIS manages a total of 6,500 students in grades K-12 and serves over 75,000 students in 75 schools across Nevada. The … END_OF_DOCUMENT_TOKEN_TO_BE_REPLACED

Some of the top trade shows and conventions in the country happen in Nevada. With an economy that relies on and excels at hospitality and tourism, it’s a good mix. In 2019 there were an estimated 43 million visitors to southern Nevada, with 6.6 million there to attend a meeting or convention. The economic impact of the industry was $11.4 billion. “As much as people think of … END_OF_DOCUMENT_TOKEN_TO_BE_REPLACED 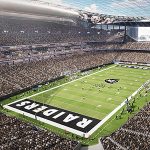 Tourism has played a vital role in the Nevada economy since Hoover Dam was new and Reno invented the quickie divorce. The travel and tourism industry generates $3.2 billion in state and local tax revenues - 26 percent of the total tax revenues in the state - and represents $19.1 billion (about 13 percent) of Nevada’s gross domestic product (GDP). Nevada jobs attributed to the … END_OF_DOCUMENT_TOKEN_TO_BE_REPLACED

A bright spot in Nevada’s economy, the tourism industry, has grown over the past few years and is a driving force behind Nevada’s comeback. In fact, the industry has grown to the point that Elko outgrew its convention center and Las Vegas plans to expand its facility. This hospitality/leisure sector accounted for 28.1 percent of the state’s total employment at the end of … END_OF_DOCUMENT_TOKEN_TO_BE_REPLACED 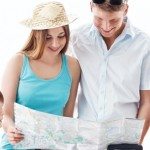 Nevada’s travel and tourism industry employs one-third of the state’s population. From hospitality to gaming and from the “What happens in Vegas Stays in Vegas” campaign to Northern Nevada being America’s Adventure Place, the Silver State has been promoted as a world class destination. At the same time, “diversify” has become the State’s battle cry over and over, with warnings … END_OF_DOCUMENT_TOKEN_TO_BE_REPLACED