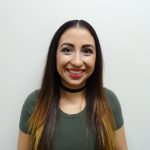 Nevada Donor Network (NDN) is pleased to announce the hiring of Christina Hernandez as community services coordinator. In her new position, Hernandez is responsible for supporting the goals, mission and strategic plan of NDN through the development, evaluation, implementation and maintenance of its community services department’s strategies. Her role encompasses NDN’s DMV … END_OF_DOCUMENT_TOKEN_TO_BE_REPLACED 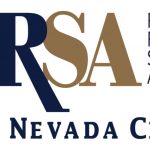 RENO – Anyone involved with creating and promoting a special event knows how complicated and nerve-wracking it can be. What is the magic formula for putting on and, more importantly, getting people to attend your next event? Learn the answers to these questions and more at the Public Relations Society of America – Sierra Nevada Chapter’s March Luncheon. WHAT: PRSA Sierra … END_OF_DOCUMENT_TOKEN_TO_BE_REPLACED 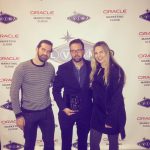 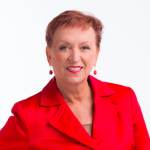 RENO — KPS3 Marketing, a full-service marketing and digital communications firm, has announced an endowment scholarship at the University of Nevada, Reno Reynolds School of Journalism in honor of Stephanie Kruse, founder, president and chief strategist of KPS3. The pledge from KPS3, announced at their 25th Anniversary Celebration, will be in the amount of $10,000 over the … END_OF_DOCUMENT_TOKEN_TO_BE_REPLACED 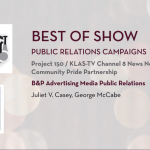 LAS VEGAS – The Las Vegas chapter of the Public Relations Society of America (PRSA) recognized B&P Public Relations this week with top honors at its 2016 Pinnacle Awards. At its annual awards event held in Las Vegas on Nov. 2, the PRSA presented two Best of Show awards – one in the Tools and Techniques category and the other in the Community Relations Campaigns category … END_OF_DOCUMENT_TOKEN_TO_BE_REPLACED

Nevada Donor Network (NDN) saw its second consecutive record-breaking year in "all apsects" of organ donation, according to a recent statement. NDN received donations from 104 organ donors, 373 tissue donors and 632 cornea donors - totaling a 96% increase compared to 2011. “These significant increases are a testament to the heroism of our courageous donors and their … END_OF_DOCUMENT_TOKEN_TO_BE_REPLACED