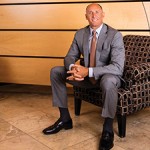 The office space component of Nevada’s commercial real estate market faces a long recovery following the recession. Vacancy and unemployment rates were high, inventory was excessive and landlords struggled to effect leases. In addition, after the recession new construction activity and investor property acquisitions had ceased. Typically, the sector tends to be the last to … END_OF_DOCUMENT_TOKEN_TO_BE_REPLACED