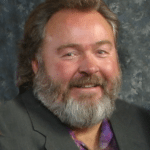 Although more than 79 percent of people in the United States identify themselves as Christians, there’s a growing body of evidence that the media and the government, including the military, are doing their best to turn Americans against Christianity. TV comedians and shows like The Simpsons regularly mock Christians, and Saturday Night Live even aired a “comedy” skit … END_OF_DOCUMENT_TOKEN_TO_BE_REPLACED 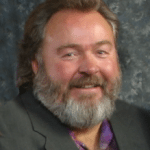 As Americans celebrate Independence Day this month, it’s fitting to ask how much freedom U.S. citizens really have in 2013, and how much we have handed over to the federal government. I won’t say the feds have taken our freedom away from us, because they’ve done so with our permission. Ever since the FDR administration, citizens have stopped insisting that the government adhere … END_OF_DOCUMENT_TOKEN_TO_BE_REPLACED

Nevadans will find out this month whether the Clark County School District (CCSD) qualifies for a $40 million grant from the federal government’s “Race to the Top” program. The money would provide high-tech tools and programs at 63 schools to help 41,000 students with limited English skills. It would fund 46 new jobs for teachers and support staff, as well as expanded teacher … END_OF_DOCUMENT_TOKEN_TO_BE_REPLACED

We have already seen the Obama administration attempt to take over the healthcare industry with its Obama care program, and we watched it meddle in the alternative energy market by propping up Solyndra and other companies that should have been allowed to fail.  Recently, Obama appears to have sold out America again.  This time it was jobs-for-politics by denying a permit for … END_OF_DOCUMENT_TOKEN_TO_BE_REPLACED