CIS Reports Graduation Rate for Case-Managed Students Communities in Schools (CIS) has reported a 90 percent graduation rate for the 2019-2020 school year for students the organization case manages. The statewide average graduation rate is 84 percent. CIS manages a total of 6,500 students in grades K-12 and serves over 75,000 students in 75 schools across Nevada. The … END_OF_DOCUMENT_TOKEN_TO_BE_REPLACED 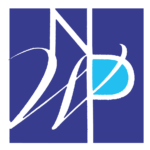 Nevada Women’s Philanthropy (NWP) members elected to grant $500,000 to SafeNest. The project to be funded includes a city-wide expansion of the Project Safe 417 (PS417) program. “It is expected over the life of our $500,000, 3-year grant, that over 10,000 clients will be served through Project Safe 417,” said NWP president Sara Costello. “We are honored to help in the … END_OF_DOCUMENT_TOKEN_TO_BE_REPLACED

Women and Children’s Campus to Get Much Needed Repairs as a Result Las Vegas – WestCare Nevada announced that its Women and Children’s Campus would be renovated as a result of a $350,000 grant from the Nevada Women’s Philanthropy (NWP). The funds will allow for the replacement of the damaged campus roof and the installation of 55 new energy efficient windows and 13 doors. … END_OF_DOCUMENT_TOKEN_TO_BE_REPLACED 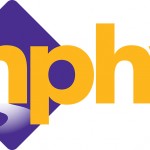 One of the country’s most comprehensive drop-in centers for homeless youth is opening, and it is located in Las Vegas. The Nevada Partnership for Homeless Youth’s (NPHY) newly expanded Drop-In Center is the culmination of a unique partnership between three charitable organizations – NPHY, Nevada Women’s Philanthropy (NWP) and HomeAid Southern Nevada (HASN) – that has resulted … END_OF_DOCUMENT_TOKEN_TO_BE_REPLACED