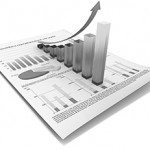 The “third” estimate for first quarter 2014 shows U.S. real gross domestic product decreasing at an annualized rate of 2.9 percent, lower than the negative 1.0 percent growth reported in the “second” estimate. The revision was due to the increase in personal consumption expenditures being smaller and the decline in exports being larger than previously estimated. Federal … END_OF_DOCUMENT_TOKEN_TO_BE_REPLACED