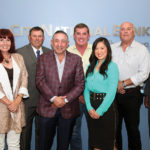 Now more than ever, education and legislation play a big part in shaping the future of subcontracting. While material costs have remained somewhat steady in recent years, subcontracting, like many Nevada industries, is facing a labor crisis. Recently, executives representing Nevada subcontractors met at the Las Vegas office of City National Bank to discuss their industry and … END_OF_DOCUMENT_TOKEN_TO_BE_REPLACED 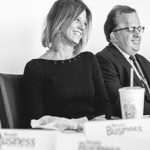 Professional organizations have undergone a myriad of changes in recent years and the prevalence of social media has both benefited and added a new layer of challenges to the industry. Professional organization executives recently met at the Las Vegas offices of City National Bank to discuss the industry and most agreed, collaboration is key. Connie Brennan, publisher and … END_OF_DOCUMENT_TOKEN_TO_BE_REPLACED 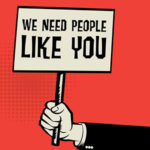 “I started working for our family business in 1973 and we’ve been through a lot of recessions, but none as long as the one that began in 2007,” said Bart Hiatt, president and general manager of A&K Earth Movers, Inc. “Our gross sales went from $50 million a year to less than $25 million. Although we had enough cash reserves to keep the doors open and hold onto our … END_OF_DOCUMENT_TOKEN_TO_BE_REPLACED

For more than 60 years, the Southern Nevada Home Builders Association (SNHBA) has been a leading advocate for housing in the state of Nevada. SNHBA has played a leadership role in the numerous governmental and public affairs’ issues that impact the housing industry, and in particular, homebuilders, homebuyers and homeowners. The association is the oldest and largest trade … END_OF_DOCUMENT_TOKEN_TO_BE_REPLACED 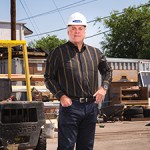 Subcontractors are the building blocks of residential and commercial construction. They’re the ones doing the foundation, framing, drywall, glass, plumbing. Without subcontractors, projects go nowhere. “Subcontractors are crucial in anything that gets done around this town, especially on the building end of the work,” said Lance Semenko, chief operating officer, Q&D … END_OF_DOCUMENT_TOKEN_TO_BE_REPLACED

AB 125 will correct out-of-control housing defect litigation Las Vegas, NV –  This week the Nevada legislature is taking up meaningful reform of a broken “Chapter 40” construction defect law that is costly for homeowners and builders alike, the Nevada Home Builders Association reports. AB 125, strongly supported by the homebuilders and others, would restore the intent of … END_OF_DOCUMENT_TOKEN_TO_BE_REPLACED