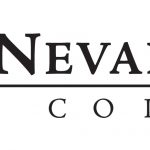 Will Leverage School’s Fundraising Initiatives As it seeks to leverage and manage its comprehensive and wildly fundraising campaign, the Nevada State College Foundation has named seven new trustees. “We are thrilled to have expanded our Foundation’s trustee base with such distinguished business and civic leaders,” said foundation chair David Grant. “All are respected … END_OF_DOCUMENT_TOKEN_TO_BE_REPLACED 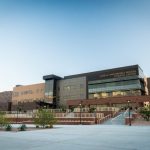 HENDERSON, NEVADA – Nevada State College on June 30 concludes the first major fundraising initiative in its history. The two-year Comprehensive Capital Campaign has raised $16.8 million to date and is on pace to hit $17 million by the month’s end, surpassing its initial goal of $10 million. Now the college is ramping up to raise millions more. The funds raised helped … END_OF_DOCUMENT_TOKEN_TO_BE_REPLACED