RENO – A report released this week by the Nevada State Apartment Association (NVSAA) shows Northern Nevada apartment rents are still rising, but at a much slower rate than they were last year. The report, issued by the NVSAA based on data provided by CoStar, shows asking rents for apartments in the Reno-Sparks area through the second quarter of this year averaged $1,550 … END_OF_DOCUMENT_TOKEN_TO_BE_REPLACED 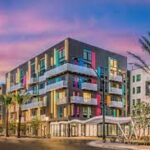 LAS VEGAS – A report released this week by the Nevada State Apartment Association (NVSAA) shows apartment rents in Southern Nevada beginning to decelerate and suggests “this historic run of rent growth is unlikely to continue.” The report, issued by the NVSAA based on data provided by CoStar, shows Southern Nevada apartment rents growing by 11.2% through the end of the … END_OF_DOCUMENT_TOKEN_TO_BE_REPLACED 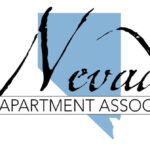 LAS VEGAS – Nevada State Apartment Association, the voice of the multifamily housing industry in Nevada, announced the winners of its 14th annual Jewel Awards. Honoring those companies and their employees who make the multifamily industry successful, the Dec. 11 event at Caesars Place recognized NVSAA members who had a transformative impact on the industry as a whole in … END_OF_DOCUMENT_TOKEN_TO_BE_REPLACED